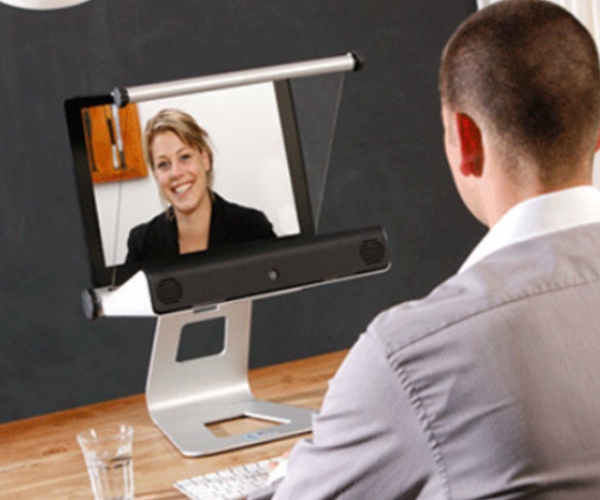 A Montreal-based startup, D2Soft Technologies has developed a service called Nimbb that brings clients a way to add user-generated videos on their websites.

Benjamin Bérubé, the founder of Nimbb.com, has recently been spending his days working out of internet coffee shops on his laptop in San Francisco. And, when one hears the word “startup”, that’s the epitome of what you might envision.

A few months back, Bérubé left his full time job to follow through with his dreams of entrepreneurship, leaving his home in Canada to promote his company in California, he told us earlier this afternoon. For the most part, his endeavors have been fruitful. Bérubé says he’s now obtained enough customers to be profitable.

D2Soft’s service Nimbb lets users create and share a quick video using their webcam which is then posted to a unique url. But, the more interesting aspect of this service is found within its API.

The service supports clients that are looking to add user-generated videos on their sites. Using Nimbb’s API, websites can offer their users a way to record up to a 5 minute video using a webcam. A feature that McGraw-Hill, BBC, Cirque du Soleil and the French Government have already signed on for.

Nimbb is a subscription based service that takes on the job of hosting the user videos, and developers can easily integrate the Nimbb by simply pasting a few lines of HTML which makes this complicated technology easy to use.

Developers can utilize a series of tools with the API including; Nimbb’s Flash player and access to the web service that contains additional functionality from the server-side code. On the back-end, the Nimbb player works with a GUID, a globally unique identifier that is assigned to each video and that later enables developers to retrieve the GUID and display the video in the player.

If you’re interested in trying it out, Nimbb has a 30 day trial that limits you to a maximum of 30 second videos and doesn’t allow for the videos to be downloaded locally in .FLV format. If you’re looking for more, you can have access to all of Nimbb’s features but it will run you $599 per month for a corporate account.

In case a corporate account is completely outside of your budget, there is an option to subscribe to the entry-level paid option which is $29 per month. That will bring you one hundred 1 minute videos coupled with access to its back-end web service with the option to remove the Nimbb logo from videos. There are numerous features and plans we haven’t touched on but they’re all listed in chart-form on the site.

It’s ease of use with the added benefit of having the videos hosted on Nimbb, adds a great deal of value to the service. And from what we’ve seen thus far, it seems to be a great option for adding an interactive video experience to your site.