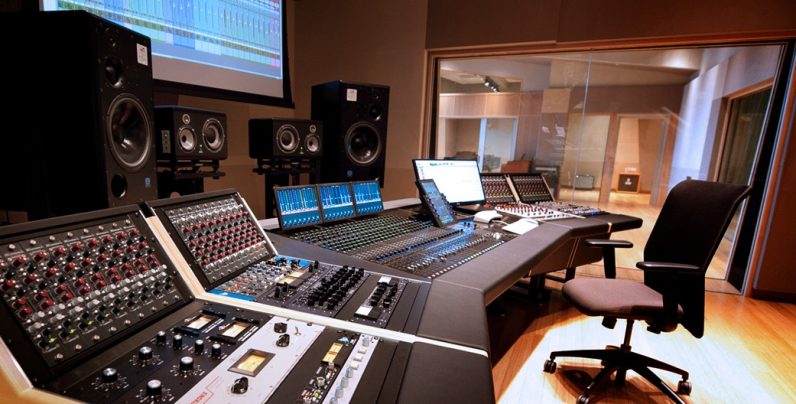 Some of the richest companies have the humblest beginnings. Google and Facebook started in dorms, Microsoft was launched from a garage, and Sweetwater Sound began as a studio in a van. The difference here is that Sweetwater’s never laid off an employee, sold out to shareholders, or compromised on its founder‘s vision. Some companies actually walk what they talk.

The heart and soul of the Sweetwater enterprise, which spans numerous companies, isn’t its main earner Sweetwater Sound. It’s Sweetwater Studios. Sure, Sweetwater Sound had $725 million in revenue last year and there’s no reason to believe it won’t keep growing (compare that to $619 million in 2017). And it’s hands-down the world’s largest online music retailer. Yes, Sweetwater is an enterprise whose growth is driven by the profits of its sales-front.

But ask any musician about heart and soul and they’re not going to rattle off sales figures and numbers. Sweetwater Studios ensures the Sweetwater brand doesn’t just appear to its customers as on online-only entity.

TNW spoke to Mark Hornsby, VP of Music Production and Project Development at Sweetwater Studios, on the phone for half an hour and revenue didn’t come up once. When we asked him what he attributed the company‘s success to he didn’t hesitate to credit CEO and founder Chuck Surack:

It really starts with the CEO … Chuck – he asks everyone to call him that, he says Mr. Surack was his father – he and his wife Lisa really care about their employees. And not just the management, he cares about everyone.

At the very core of the Sweetwater brand is its people. Not just the employees, but the customers as well. That may seem corny, but we’re not talking about a mom-and-pop store. Can you imagine any other online retailer in the high eight-figure revenue range claiming it’d never laid off a single employee in 40 years? More, can you imagine Google or Amazon building a campus for their customers?

What we do at Sweetwater Studios is also about educating our customers. We provide a way for them to get hands-on education from experts, and it’s something they don’t need to have a long-term commitment for. A lot of people don’t have the time to spend on college programs, but they can take a weekend or three days and come to our campus and learn.

Sweetwater Studios is a world-class recording studio that produces music for legendary artists, and its public classes share that knowledge and expertise with the world. But most interesting, perhaps, is the fact that Sweetwater Studios also serves as an education center for employees. This is how Sweetwater Sound ensures it has excellent customer support that’s meaningful to musicians both amateur and professional.

Try emailing one of the big sells-everything marketplaces with questions about which pickups you should buy for a custom guitar you’re building and see how much help you get.

Sweetwater Studios’ existence is a reminder that, while Amazon fumbles around trying to figure out how to sell things offline, there’s still a place in e-commerce for human-centric brick-and-mortar experiences.

And Sweetwater’s enterprise, which now includes a boutique car dealership, flight school, helicopter service, and a chain of optical stores, isn’t just a self-sustaining ecosystem for its executives. Its sole owners – Surack and his wife Lisa – contribute to more than 400 charities and have funded and organized numerous scholarships and foundations.

The moral to this story is that there aren’t many companies pulling in nearly a billion in revenue a year that can honestly say they’re a family-run business that treats its employees and customers with the respect they deserve.

In a world where selling your first startup is a badge of business prowess and going public is the watermark of success, it’s refreshing to see a company concerned with its impact and legacy in ways that aren’t related to finances.

You can buy cutting-edge music tech on Sweetwater.com, but its business is powered by the old-school philosophies that resonated from Sweetwater Studios long before the internet was born.

Read next: Ubisoft announces its own game streaming service, Uplay+