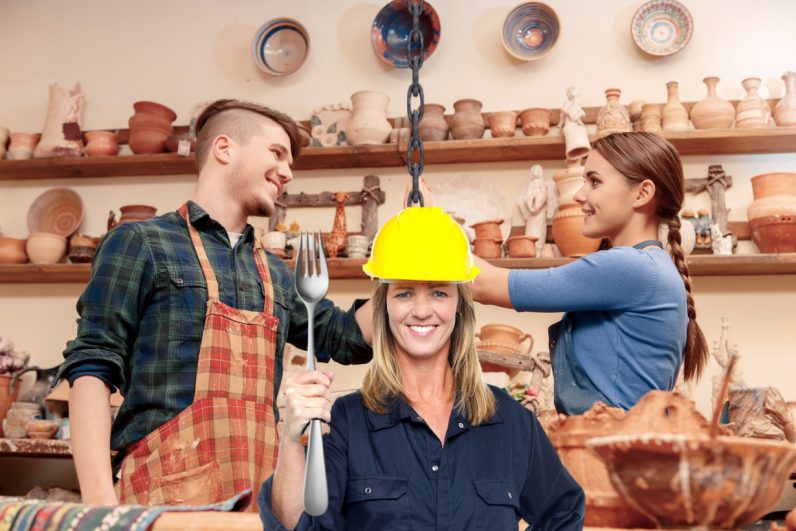 Blockchain’s moment in the sun is finally here.

It’s remarkable. Databases are a fairly unsexy technology, but blockchain has made the distributed database idea both mainstream and cool. The rush on cryptocurrency, highlighted by Bitcoin topping out at $20,000, has brought blockchain technology into the public eye.

The ideas behind blockchain aren’t new.

The Merkle tree, a structure used by the blocks on a blockchain, has been around since 1979, and the underlying concept of the cryptographic hash has been around since at least the 1950s. When the concept of “blockchain” was first put forward in Satoshi Nakamoto’s now-famous bitcoin paper in 2008, it was building off a much earlier paper from 1991.

None of the underlying ideas are that new, or that revolutionary. But combining blocks of cryptographic hashes into a distributed database that’s tamper-proof, self-verifying and fast?

That’s new — and it’s something that has the potential to transform a lot of industries. Despite the undoubted hype that’s taken over the news cycle, blockchain is real and game-changing.

But underlying the blockchain frenzy is a problem that hasn’t really been addressed yet: how do you get businesses to adopt blockchain when their current systems are working fine?

With any new technology, there’s an adjustment and adoption period.

One of the best examples of how blockchain could make inroads is TCP/IP, the backbone protocol of the Internet. Harvard Business Review does a great job explaining the process of adoption.

How did it work?

It spread from a single-use application (enabling email for ARPAnet) to multiple uses as more companies adopted it and realized how flexible TCP/IP was. They began building their own tools to take advantage of its flexibility and decentralized nature.

It’s at a point now where the single-use application (bitcoin and other cryptocurrencies) has reached critical mass, but it’s only beginning to scratch the surface of everything else the technology can do.

There’s no widespread acceptance of other blockchain applications yet (with the notable exception of finance) because big corporations tend to be slow-moving when it comes to adopting new technologies.

Omnitude’s purpose is to drive mainstream mass adoption of blockchain technology — and they’re doing it by making it easier, quicker and cheaper to implement for businesses of any size.

They’re a middleware company, and through the open-source platform Hyperledger, Omnitude is creating a layer that allows for easy plug-and-play adaptation of blockchain to existing systems.

Adopting this middleware later means that businesses don’t have to buy new systems, which makes changing over to the new technology a much less daunting proposition, especially for less tech-savvy businesses.

Once widespread acceptance is reached, this will revolutionize connectivity among multiple platforms, allowing blockchain to use existing enterprise systems and e-commerce platforms to make online retail more transparent, profitable and secure.

The Omnitude platform is built for a huge variety of real-world use cases.

The original proof of concept, tackling Single Sign-On and System Integration, was both timely and successful, and at this point, the sky’s the limit for where they could go from here.

At the moment, the company is focused on a wide range of online retail marketplace problems, including fraud, inefficient supply chains, data security and business costs.

Building on an open-source platform like Hyperledger makes it easier to bring people on board to ensure the technology stays both up to date and ahead of the curve.

Omnitude’s platform is open and transparent, with a community of over 23,000 members on Telegram, including many developers.

Working for a better future

The team behind Omnitude has over 60 years of experience in tech, enterprise, and e-commerce. As an early adopter of Hyperledger, they were quick to recognize the potential of the open-source blockchain protocol.

Their tokens are highly-ranked on ICO watchlists, as well. It’s a reputable company with a scalable business model, backed by smart, quality people. And companies are taking notice.

They’ve already partnered with big names such as Williams Martini Racing, the Government of Malta, Swisscom Blockchain, and cs.cart, among others.

Blockchain has the potential to change industries across the globe, but only if adopted on a large scale. Omnitude is helping to smooth that process and bring everyone from individuals to vast multinational corporations into the future that this technology offers, and if they get their way, we’ll be living in a faster, more secure, more efficient world sooner rather than later.