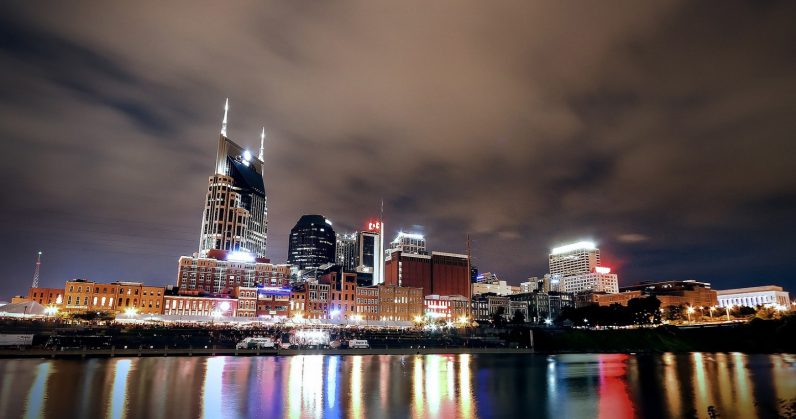 Nestled on the banks of the Cumberland River, Nashville is a gritty, yet often picturesque representation of middle America. It’s got star power in droves and offers affordable living sure to attract refugees from either coast — or those fleeing parts of middle America for greener pastures. It’s vibrant, rich, and perfect for both savvy singles and young families. What it’s not is the next Silicon Valley.

Neither is Columbus, Reno, or Denver.

Silicon Valley rose to prominence over decades. A perfectly stirred melting pot of top universities, eager financiers, shared idealism, and a desire to connect with the best and brightest minds in the tech sector led many a young dreamer to pack their bags and head west on a pilgrimage typically reserved for actors moving to Los Angeles, or gamblers hoping to strike it rich in Las Vegas.

As the legendary epicenter of tech grew in reputation, so did its success stories. It was Wall Street in the 1980s, save the designer suits and with only a fraction of the cocaine.

Over time, increasing amounts of money made in The Valley began to stay there. Financiers opened up shop on Sand Hill Road in the 70s, starting with KPCB and Sequoia Capital in 1972, and paving the way for dozens more in the coming decades. Sand Hill road became home to wealthy entrepreneurs who struck it rich, staying long enough (they hoped) for lightning to strike twice.

And it often did. To this day, over 40 percent of domestic venture capital investments happen inside an area just under half the size of Los Angeles county.

The Valley has grown from roughly 200,000 people in the 60s to over three million as of 2015. And while some will ultimately migrate elsewhere — citing the housing shortage, the ever-increasing cost of living, or just a desire to move on — their vacancies (and then some) are increasingly filled from all corners of the globe.

It’s created a predictable, if difficult roadmap for young entrepreneurs: start with an idea, move west, secure funding, exit via IPO or acquisition, start your own incubator or VC firm.

And if you aren’t in Silicon Valley currently, as the cliché goes, you’re probably in “the next Silicon Valley,” even if you don’t yet know it. Except, of course, none of these cities realize — or perhaps willfully ignore — just how far the gap is between them and the epicenter of technology.

Nashville, for example, saw its moment in the sun in the 70s. A population increase of over 160 percent faded over the decades, and the city currently grows at about one percent a year. You’ll find similar numbers in other “next” cities, like Columbus, Reno, or Chicago, each growing at a rate of one to two percent a year, and (often) experiencing a double digit boom in the number of tech jobs.

Even this, though, is misleading. Tech job growth in many of these locations would have to continue in the double digits for the better part of a decade to match current numbers on the West Coast — and that’s if you assume the region fails to add any tech jobs of its own. Another frequently-mentioned “next” city is New York. According to a 2017 study, the city is home to more than 390,000 tech workers. San Jose, a city in the heart of The Valley with about 12 percent of New York’s population, had about 310,000.

A not-at-all scientific search on Indeed shows that Austin, Denver, and Seattle (combined) offer just under the same number of full-time tech jobs found in Palo Alto, a city with a population of just 67,000. And depending on where you draw the boundary — the geographic boundary referencing Santa Clara County, or the metonymical one including the entire Bay Area — the numbers go from stark to unbelievable in a hurry.

So, for all the “next” Silicon Valley’s out there, it’s time for a reality check.

Seven percent growth in the tech sector? It’s on par with the national average.

That Silicon Valley wunderkind coming home to start his own incubator? A great story, but not exactly Sand Hill Road or even Y Combinator.

Your coding bootcamp, that handful of funded startups, the newly-opened maker space? Again, more a sign of the times than a prophetic vision of future success.

We get it; your city is great. Low cost of living paired with an up-and-coming tech scene begs the comparison to stalwarts who could be on the verge of stagnation, or even decline. But, you’re decades away from being “next.”

So, let’s stop with the comparisons. At least for now.

Read next: Windows 10 will get a 'performance-guaranteed' S Mode next year