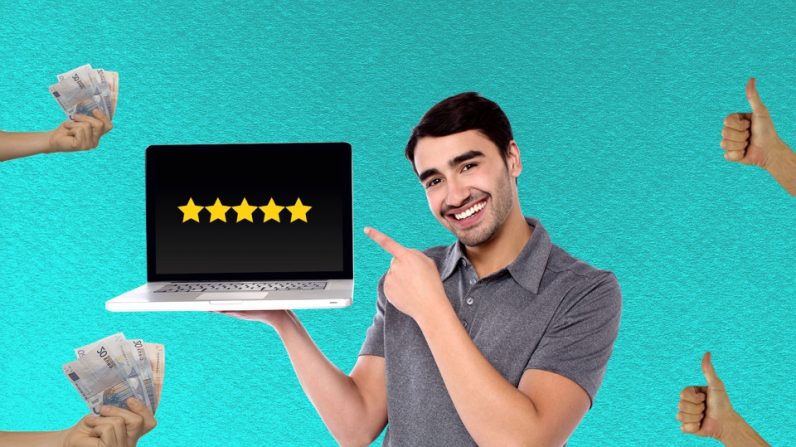 In the US alone, there are 55 million freelancers, making up 35 percent of the total workforce. More and more professionals – whether it’s in design, writing, translation, coding, or legal – are independent contractors and relying on commissions and gigs to earn their income.

Finding clients is the number one priority and there are several online marketplaces for that, such as Freelancer, Upwork, and Fiverr. These incumbents provide a platform for getting paid and resolving disputes but it’s not that clean cut.

Fees are relatively high. Upwork, for example, drew the ire of freelancers by introducing a sliding fee scale, taking as much as 20 percent. These intermediaries also offer arbitrage in the event of a dispute, but they are centralized and provide just one perspective. Disagreements between freelancers and employers can be nuanced.

Maintaining a good reputation as a freelancer can come at a high cost.

Ethearnal is a P2P decentralized freelancer platform, which trumpets the lack of middlemen that take a slice of freelancers’ earnings.

It is seeking to remove these third-party fees that are so common in traditional marketplaces. The Ethearnal platform uses trustless smart contracts on the Ethereum blockchain, backed up by a network of moderators that vet disputes if they arise.

Ethearnal wants to “tokenize reputation.” The startup is launching an initial coin offering to create its own token called ERT (Ethearnal Reputation Token), an Ethereum-based utility token that will be functional across the marketplace. Every user, whether employer or freelancer, is incentivized to be honest in their dealings by staking these tokens.

The marketplace has all the hallmarks of incumbent players, such as holding funds in escrow. On Ethearnal, when a job is complete and both parties are satisfied, the funds are released with 99 percent going to the freelancer and one percent used to purchase tokens that are then divided between both parties representing reputation proportional to the contract value that way.

As each side will receive some reputation tokens, this incentivizes both sides to be straight-up and honest with each other while also creating more demand for the token.

In the case of a dispute raised by one side, a community of moderators will resolve the issue through a vote – this is the only instance where an outside party gets involved. Moderators must put a certain number of their tokens at risk to vote on the resolution. Votes are determined by the majority and those who voted on the losing side will forfeit their tokens to the winners.

Users with any number of tokens can become moderators and stand to make extra money by adjudicating in disputes. However, if they lose in the vote, they lose their staked tokens, so moderators are also incentivized to be impartial and fair.

In the event of both parties being unhappy with a job, the contract is simply canceled and all funds and reputation in escrow are returned to their source.

The Ethearnal platform isn’t completely without fees. It charges up to one percent, which it explains is pumped back into the network to reward users that uphold their reputation. It goes back to the users either as reputation or to the token holders in ether directly.

There have been many scams and failed ICOs that have cast doubt and concerns over the validity of initial coin offerings. After all, it is meant to be “trustless” where no one entity carries all the responsibility and trust.

IC0 2.0 is a reimagining of the token sale model that aims to bring more integrity to the fundraising method where the community decides when and if Ethearnal can use its funds.

After the ICO, only 10 percent of the funds raised will be released to the developers of Ethearnal. The remaining 90 percent will remain in escrow until the startup makes good on its development promises and reaches certain milestones. The funds can be released in 10 percent tranches following a vote by the users who decide if the developers’ work is up to scratch.

Going one step further, a token holder can call for all remaining funds to returned to backers too. This of course will require a majority vote.

The startup is also instituting an ICO Dynamic Cap to spread the tokens out to as many users are possible. For example, in the first hour of the sale, tokens will be capped at $1,000 per address. In the second hour, the cap is $2,000 and in the third hour, it’s $3,000 and so on and so forth.

This is intended to discourage a small number of investors, or “whales”, from hoarding up a huge number of tokens as the transaction fees would make it untenable. Ethearnal concedes that the dynamic cap is not the perfect solution, and scammers may still find a way in, but they’ll have to jump through more hoops.

Development of the marketplace has already begun and will ratchet up after the ICO and the first release of funds. The startup plans to deliver the versions of the marketplace at various stages throughout the year with iOS and Android apps released by late 2018 and the commencement of marketing campaigns in 2019 to drive user adoption.