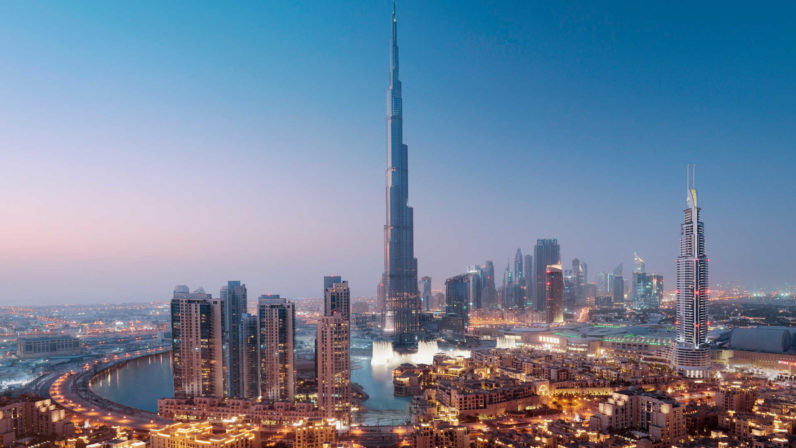 Dubai has gotten a lot of attention over the past several years, now considered one of the richest cities in the world. It’s an incredibly popular tourist destination, offering the towering Burj Khalifa, desert safaris, and endless indoor and outdoor attractions. It has also been home to an inordinate population explosion, growing from one million people just a decade ago to over nine million today.

But one of the most interesting features of Dubai is its place as an entrepreneurial Mecca, offering many unique opportunities to prospective business owners looking to get a foot in the area and sponsoring dozens of high-growth companies.

We’re already starting to see the fruits of this transition; for example, Dubai was home to the fast-growing ridesharing service Careem, which is now available in dozens of cities throughout the Middle East, and the popular peer-to-peer mobile payments app Bridg.

Dubai has already made an impressive name for itself on the world stage, and now it may have one more advantage to hold over its competing metropolitan areas; Dubai could be the world’s next biggest global startup hub.

Dubai is considered to be one of the five fastest-growing metropolitan areas in the world, and part of this is due to its unique location. In the United Arab Emirates, Dubai is a central hub, capable of reaching the Middle East, Africa, and Asia with relative ease. Strong emerging markets, like those in Pakistan, India, and northeastern Africa are ripe for entrepreneurial opportunities — and Dubai represents a focal point that can reach all of them at once.

Entrepreneurs and investors see this as an entryway, or a kind of gateway drug that could lead to more potential. With these developing countries poised for explosive technological and economic growth, it’s no wonder why so many business leaders want to get in on the ground level.

Partially because of its high propensity for growth, Dubai has become home to a number of startup accelerators and incubators, all of which are designed to help young entrepreneurs build a foundation for their ideas, and earn the support they need to make their businesses a reality.

It also helps that the UAE has been subject to an ambitious economic program from its government, and as a result, it now boasts a GDP of more than $45,000 per capita. The UAE is an all-around tax haven. Companies do not pay taxes. Individuals do not pay taxes—not even expats. To entrepreneurs who dream of building wealth, this is a dream come true. In addition, Dubai sponsors a number of incubator and accelerator programs (as you’ve seen in the previous section) and continues to invest in entrepreneurial activities.

The economic strength of the region also owes thanks to Dubai and the UAE’s decision to diversify their economic reliance.

While most Middle Eastern countries have grown accustomed to relying on their vast oil reserves to fuel a commodity-based economy, Dubai has been reinvesting in more trade avenues, infrastructure, and service industries. As a result, it’s been insulated from the recent drop in oil prices — which has crushed some of its neighboring countries’ economies.

Speaking of neighboring countries, Dubai gets to boost its economy even further thanks to the UAE government’s open stance on free trade.

While other countries in the area have remained staunchly opposed to opening their borders, trying to remain as autonomous and independent as possible, the UAE openly encourages free trade with limited regulations and restrictions. In fact, it’s even home to the International Financial Centre, an area where regulation against the foreign-originated ownership of businesses is nonexistent.

Dubai is famously home to some of the wealthiest people in the world, attractive to billionaires looking for a high-class vacation spot and wealthy businesspeople looking for a place to settle down. Of course, there are a handful of downsides to this; the cost of living in Dubai is high — though not as exorbitant as you might imagine — and the area is home to a rigid class structure that makes living in poverty nearly impossible.

Still, the prevalence of wealthy individuals is enough to make its environment of angel investors and venture capitalists flourish. Investors aren’t exactly giving money away, but for the right entrepreneur with a solid business plan and a good idea, there’s plenty of capital available to start building momentum.

About 28 percent of the entire GDP of the UAE is tied up in trade and tourism, and as a result, the service industry is thriving. Hotels, restaurants, and special attractions are all booming in the area, serving tourists and locals alike. This high-trade, high-service industry is a prime opportunity for emerging startups; since residents and tourists are freely spending money, consumer-facing applications have a high chance of building initial momentum, so long as their ideas are feasible and attractive.

With its unique location, the government’s continued investment in infrastructure and business development, and enormous public visibility, it’s unlikely that Dubai will stop growing or expanding anytime soon. Currently serving as one of the world’s biggest and highest-potential startup hubs, this is only the beginning of what the UAE city has to offer.

Read next: Google launches animation tool so you can turn boring data into cool GIFs