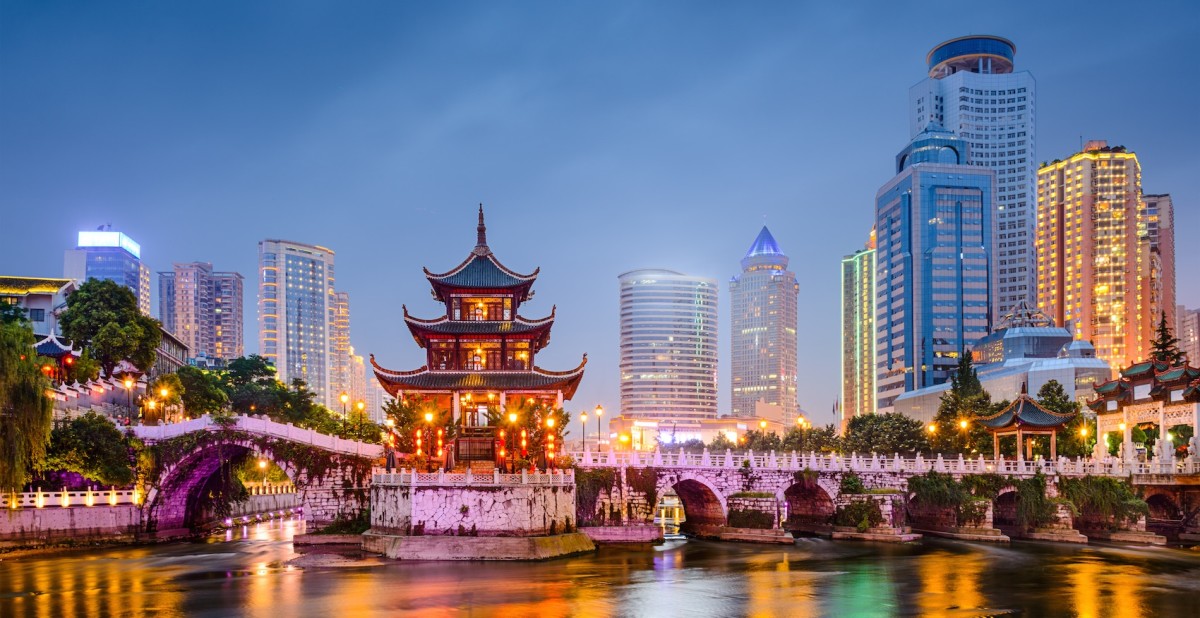 China is sometimes seen as a very mysterious country. It’s proved to be a remarkable economic success for the past 30 years, growing into the world’s second largest economy after the US and the biggest trading partner for most Asian economies.

No doubt, that China is a huge, expanding and a very interesting market for European businesses. However, it’s not that easy for foreigners to do business with China given existing cultural differences between the East and the West. Chinese business culture is unique and very different from what we are used to. But how different is it really?

Anna is particularly knowledgeable about the Russian-Chinese cross-border market; she is both a Chinese-speaking expert, as well as a hands-on manager who has been building bridges between the two e-commerce markets for over a decade.

Having lived in China, she is now based in Moscow but often travels to China for business to meet with Yandex.Money’s Chinese partners.

According to Anna Kuzmina, understanding the appropriate business etiquette can be the key to getting things done in China. A number of cultural principles shape most of the country’s industries and drive much of China’s impact on the Western world. If you can understand them, the chaotic flurry of business activity becomes a lot more understandable — and even predictable.

China is a vast country, where sub-cultures and practices differ from place to place. Mandarin Chinese is the official language of business.

Most Chinese businessmen know some English, but not all of them are fluent. So, if you want to be understood, try to speak slowly and use simple language and short sentences whenever possible.

Still, one cannot assume all Chinese firms have English-speaking staff. Given that, sometimes it’s useful to have an interpreter you trust or to hire Chinese-speaking staff who can communicate effectively on a daily basis. Remember that if you have a translator during negotiations you should talk directly to the other party rather than the interpreter.

Interestingly in these terms, Chinese market resembles Russian reality: localization is the key to business success when entering both markets. Given that knowledge, Yandex.Money also decided to think of a localized product name for its Chinese partners and it even has its own Chinese name – Yandex 支付 .

Personal connections are everything in China. Likewise, business relationships are often based on social ties. Many Western companies want to get on the ground quickly. However, Chinese businessmen don’t want to rush straight into negotiations.

The Chinese tend not to trust people outside their in-group. They will want to get to know you first. If you form a business relationship with people you have never met before, expect the relationship to become social first. You’ll go out with them, eat with them, drink with them and party together. It’s important to consider this ‘breaking the ice’ process a part of building mutual trust.

The more you share about your personal life, the closer your business relationship will be. Don’t get offended by questions relating to age, income or marital status which may seem intrusive to someone with a Western mentality.

Always remember that the decision to start doing business or continue working with you is often based on the other party’s perception of your personality. It’s very different from Western business relationships, which often remain professional and slightly detached, even after a long time.

Unlike in the West, the establishment of personal friendship is a prerequisite of doing business in China.

Chinese people are used to greeting each other with a nod. They do usually shake hands with Western people, but remember this is not their usual way of greeting each other. Don’t expect a handshake and don’t think something is going wrong if you don’t have eye contact.

Just like in the West, business cards are exchanged at the beginning of professional meetings. However, two hands are normally used when exchanging cards, both when giving and receiving. The card should be facing the person receiving it.

Do take some time to examine the card when you receive it as this shows respect for the giver. Hierarchy is important in the East, so you should give your business card to the most senior person first, and then hand them out in order of seniority.

When you’re planning a business trip to China, it’s best to have a plentiful supply of cards as you’ll probably give out many more than you expect. Don’t be late for meetings since this is also seen as a sign of disrespect.

Face is an essential component of the Chinese national psyche. Showing respect is essential. The so-called ‘loss of face’ may occur when someone is not shown the appropriate respect or when they are embarrassed.

Even if your Chinese partners make a mistake,  make sure you give them the option to avoid embarrassment, or save face. The Chinese are acutely sensitive to gaining and maintaining face in all aspects of social and business life.

Chinese people may pause to consider things properly before responding, resulting in gaps in the conversation. Be patient, it’s all about consolidating thoughts before speaking. Also, be careful with gestures as they can convey different meanings in China.

It’s best not to discuss politics or religion, as you may offend someone. It’s extremely important to never let a person lose face by criticizing them, being sarcastic, ignoring them, or making fun of them.

Remember, what may seem harmless to you, can be terribly insulting to a Chinese person.

Chinese society is very hierarchical. Be aware in negotiations that the final decision is ultimately made at the very top.

Mid-level managers typically have very little power to make decisions, and their major role is to pass on information. Make sure your company representative matches the role and status of the counterpart.

Both Chinese and foreign companies will often attribute their business success to having good ‘guanxi’, social or business connections based on mutual interest and benefit, the so called ‘relationships or connections outside the family’. Like most idioms, guanxi is not easily translated into a single word that mirrors its meaning.

Chinese people have expectations that the relationship will continue. If you expect guanxi to deliver, relationships must be maintained through regular contact.

Generally speaking, Chinese communication is more indirect than English. Chinese people never say ‘no’ to a request directly as this could cause the other party to become embarrassed. Instead, they try to find a discrete way of rejecting or deferring the decision to another time.

Avoidance is a key tactic in negotiations involving Chinese businessmen. There are a lot of stories of Western companies being told something will happen vaguely soon, without it ever materializing.

Similarly, Chinese people can often say ‘yes’ when they actually don’t mean it. Saying ‘yes’ does not always mean that Chinese negotiators agree to your terms  —  sometimes it’s a sign that they are listening.

This information can be very helpful, especially when negotiating.

The Chinese like to give gifts, which are used to express friendship, the successful conclusion of an endeavor, or appreciation for a favor done.

Giving gifts is often seen as an important part of building relationships. Often, the symbolic value of the gift is of more importance than the material value. However, do think of a suitable gift given the role of your counterpart and the nature of your relationship: both very cheap and very expensive gifts are regarded as inappropriate.

Keep in mind that gifts can be a very tricky issue.

There’s an increasing focus on corruption and bribery in China, so nowadays employees of large corporations and state institutions are not expected to give and accept any gifts because of their status. Thus, it’s better to сhoose something small and rather symbolic to be safe.

Just like the business cards, gifts should be exchanged using two hands. Avoid giving clocks, handkerchiefs, umbrellas, and white flowers, as these can signify death. Sharp objects, such as knives, are also bad gift ideas since they signify the cutting of a relationship.

One key element in building trust is long dinners during which everything but business is discussed. However, remember that in China more business is done over the dining table than in a boardroom.

Typical official entertainment for a foreign visitor will take the form of a banquet with several courses at a restaurant. The restaurant is likely to be pretty expensive and it is very common to have seating in a private room. Seating arrangements are also important, so wait to be seated and defer to the Chinese side before choosing a place to sit.

It’s polite to try a little of each of the many dishes offered to you. When in doubt, just follow your host’s example. As for paying for the dinner, it’s usually assumed that the one who arranged the dinner is the one who pays for the bill.

Formal dinners always involve drinking. Drinking is done through toasts and you are expected to thank hosts for the invitation. Learn to drink intelligently.

At first glance, learning to do business with China brings along a unique set of challenges. When you’re about to start exploring the Chinese market, it’s important to remember all those concepts mentioned above. Nevertheless, do not worry if you find the complexities of Chinese business culture daunting.

Keep in mind, that these practices are in place because of an eagerness on the part of the Chinese to learn more about you as a person. Forming partnerships is more about getting along with individuals rather than corporations.

Be modest, patient, polite, and respectful  —  this will definitely provide a good foundation for successful business with China.

Read next: Give your productivity an all-natural boost with a lifetime of Brain.fm