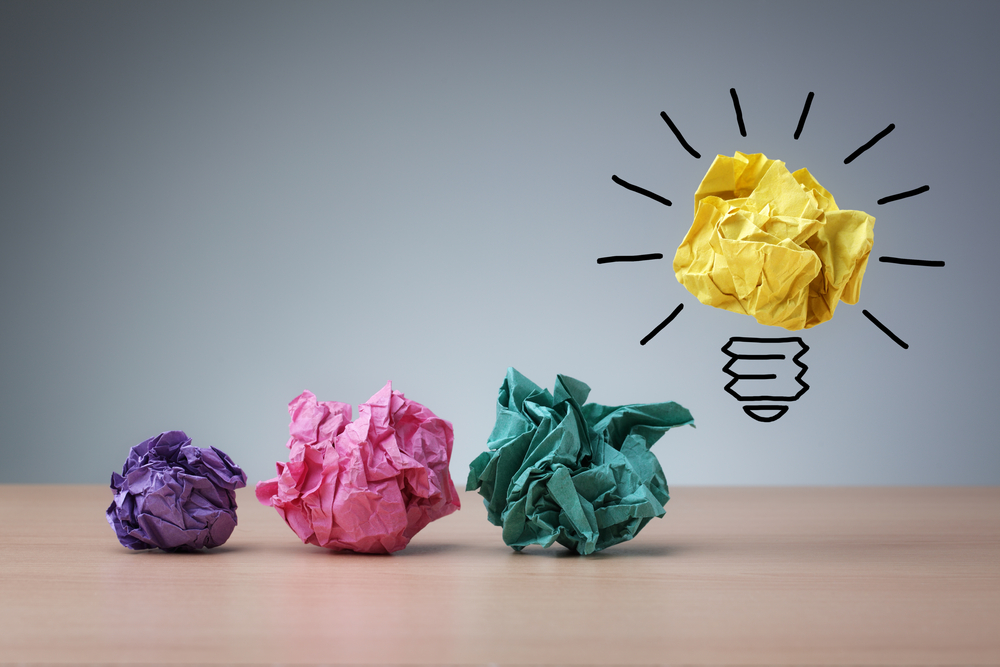 The Internet, as we all can see, has drastically improved the world’s way of life. And the simplicity of entry for founders with small to zero budgets (AKA lean startups) into virtually all industries is one of its greatest improvements.

People can now take on very little amount of risks and end up becoming the next Aaron Levie (Box), Mark Zuckerberg (Facebook), etc. just by doing a few things that works.

Zapier, Groove, Buffer and so on. They all started from zero, and where are they today?

They’re really disrupting their respective niches, right? But as you’d noticed, there’s one thing they all have in common…

Of course, this isn’t the only factor that led to their breakthroughs. But it’s one important key to their marketing success. And you’d agree with me that it’s no coincidence that the big business names of today follow the same pattern of “simple names that became strong over time”:

When a business name is simple, over time it becomes memorable, easily marketable and ultimately, strong. However it usually comes with a challenge…

The uncertainty and doubt in the naming process

Of course there are times when the best names just pop-up without any need for some branding expertise. But does that happen all the time? No.

If you read the comments on Dharmesh Shah’s recent post on Inbound about naming a startup, you’d see how much founders who have already named their startups are so much unsure whether their chosen names would stand the test of time.

Here’s one of those comments …

So, sometimes, the naming process is filled with lots and lots of uncertainties and doubts. Which words are the best? Which would sound right? Will customers like this? Does it even make sense?

In the midst of all these bewilderment, how do you brainstorm a business name that is simple and can become strong? Here are six tips that will help you out:

1. Make use of a dictionary

There’re lots of them out there; Oxford, Thesaurus, Merriam-Webster and so forth.

In most cases, the perfect name you’d pick for your startup is not available. When I wanted to pick a name for my blog, salesforstartup.com was the best I could go for since the blog was going to be all about “sales for startups”. Unfortunately, the domain was not available; already picked up by someone who, even up till now, has not put a single content on it.

So I went ahead and used a name that just popped up in my head – startupwithgreatsales.com. Not that this name was bad, but it could have been simpler and even stronger if I leveraged a dictionary.

For instance, if I searched for the synonym of the word beginner (which denotes “startup”) on Thesaurus, I’d find a synonym like “greenie”. Then I could name my blog salesforgreenies.com, which is simpler and more memorable than startupwithgreatsales.com.

2. Let the name explain your business

Larry Page and Sergey Brin got the name “Google” from misspelling a mathematical term that is correctly spelt as “googol”. Googol represents the number “1” followed by one hundred zeros.

After misspelling the term (as Google), Larry and Sergey figured it would be a better name for their search engine (which they initially called BackRub), signifying that the engine was built to make large quantities of information available to those who need them.

Here’s one more example, when you hear Lead Machine, you know it’s a company that helps people to enhance leads and sales, right? But just so I can be sure; I touched base with Dan Dobos, founder at LeadMachine, and asked why he settled on the name (Lead Machine). “It describes clearly what we do….a machine for turning leads into sales” says Dan.

When you use a name explains your business, it creates a story and helps people to remember your brand easily.

3. Do not use more than 3-syllable words

Think about the big players as well; Microsoft, Apple, Box, Google, Facebook, Whatsapp, The Next Web, Yahoo, Forbes, Digg, etc. You’d find that these two/three syllabic words have a way creeping into our heads and staying there than four or other higher syllable words.

You might want to broaden your horizons on the products/services you offer down the road, so your name shouldn’t be too descriptive. If it is, you may have to incur rebranding costs as you start gaining traction.

PrestaShop is a good example; the name of the ecommerce software leader is catchy and doesn’t need to be changed even if they decided to start selling other things apart from ecommerce software. After all, it’s still going to be a shop.

So you didn’t find the .com, .net or .org you were looking for and want to go for a new TLD? Fine, but tread carefully here though – not all of them can go well for your brand. In other words, it’s not a one size fits all thing. Lover.ly, for instance, works better than Lover.io and Bit.ly works better than Bit.io.

I asked a friend of mine, Alexander Arhipenko (CTO of Flyaps) what he looks out for when choosing new TLDs for his new projects. He listed what he called “The most crucial things”

So it’s got be free, a domain hack (i.e. domain name that suggests a word, phrase, or name when concatenating two or more adjacent levels of that domain) and memorable.

6. Feel free to change a name if you later find that it’s not good enough

Sometimes you don’t get all your ideas all at once. So you think a-listbrands.com would be a great fit for your startup but later discovered that topbrands.com is better. Don’t be too scared to switch the names if this ever happens.

7. Turn to specialists who have done the heavy lifting

While coming up with a name on your own is something you can do yourself, sometimes it can become time consuming, and like I mentioned earlier, confusing. In this case, you could revert to trusted specialists like BrandBucket.

They really have done the heavy lifting as they’ve created a marketplace that offer tens of thousands of brandable names that are already “handpicked” and vetted by branding experts, all available for sale with the .com domain name and ready to use logos. They also ensure every sale is guaranteed at a set price or you get your money back.

In the end, it all boils down to finding “that catchy name” – so don’t give up until you find one

“You want a name that rolls off the tongue, describes what you do and sticks head. Coming up with a cool name can be a bit tough since there are approximately 150 million active domain names in the world right now – but don’t give up” mentioned Robert Mening of Website Set Up.

Apart from the fact that the big brands of today are big because they (mostly) solve big problems, their catchy names have helped their marketing efforts so far. So it can be pretty challenging sometimes, but don’t give up until you find yours – it’s worth the stress.

Read next: 8 components of branding your startup

Read next: How many keywords does it take to change a lightbulb: An SEO survival guide