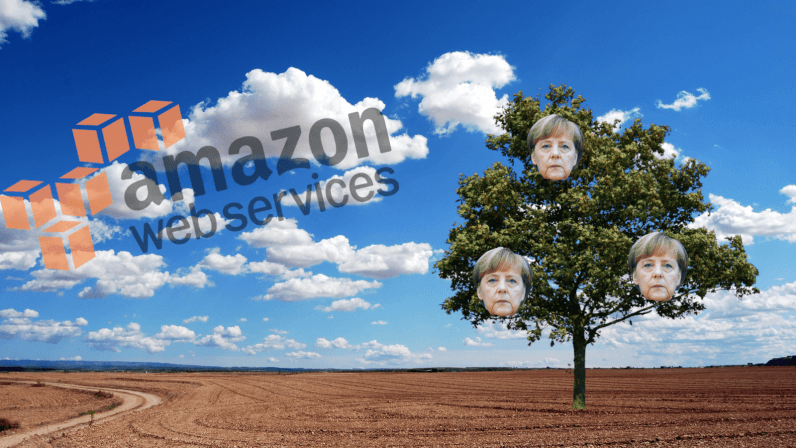 Cryptocurrency rumor mongers are likely to be dancing today as Amazon has successfully filed a patent for a Bitcoin-styled Proof-of-Work system. But don’t get ahead of yourself, it doesn’t look like the Seattle-based ecommerce giant will be accepting Bitcoin for payments.

Despite first being filed in December 2016, Amazon’s patent application was granted earlier this week and appears to outline a system that uses Proof-of-Work to prevent distributed denial-of-service (DDoS) attacks.

“One way to mitigate against such attacks is to configure a service such that requests to the service incur some sort of expense, thereby providing a disincentive to participating in the attack,” the application reads.

Amazon proposes to use Merkle Trees to present a Proof-of-Work challenge and make it too costly for a series of computers to perform a DDoS attack.

But what’s a Merkle Tree? In short, Merkle Trees are cryptographic tools where blocks of data are manipulated to give them a unique identifier also known as a hash.

These hashes are then manipulated again to create a parent hash. Parent hashes are always a combination of two or more child hashes. It’s layers on layers of hashed data.

Since computing power is required to build a Merkle Tree, performing such hashes could get very costly in terms of time, electricity, and resources. In turn, this makes DDoS attacks economically unfeasible.

In the case of Amazon’s patent, imagine having to construct a Merkle Tree before you’re allowed to access a website hosted on one of its servers. To an individual the cost might be insignificant, but to an organization trying to carry out a DDoS attack – which might involve many hundreds of computers – it could become prohibitively expensive.

Merkle Trees are also used in Proof-of-Work blockchains like Bitcoin as part of its consensus mechanism. But for now that’s as close as Amazon will get to Bitcoin.

Indeed, with this news it seems Amazon is still of the “blockchain, not Bitcoin” mantra. Earlier this month, the web giant said that AT&T, Accenture, and Nestlé are all using its cloud-based blockchain tools.