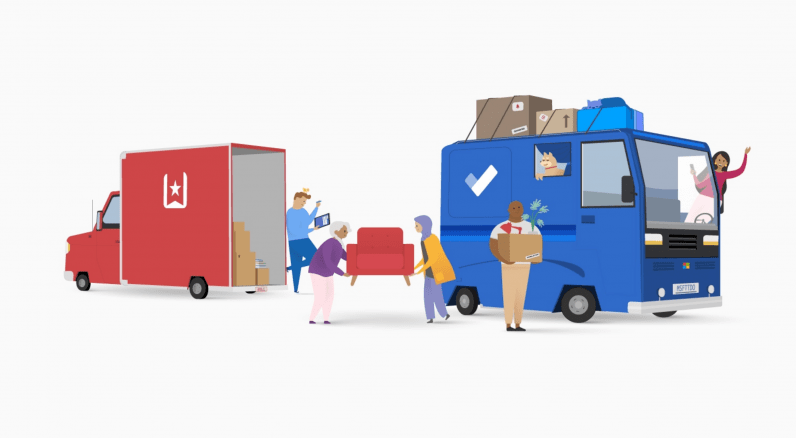 Unfortunately, the day has finally arrived. Despite the numerous pleas from founder Christian Reber and the fans who love it, Wunderlist is, as of today, no longer supported by Microsoft. If you want to save your lists, you can still import them to the Microsoft To Do app.

Microsoft purchased Wunderlist in 2015, and has been slowly moving its features over to the in-house To Do app ever since. The main reason it didn’t just rebrand the app as To Do was apparently that Wunderlist was built on Amazon Web Services, while Microsoft‘s own apps are built on Azure. Microsoft warned several months ago that Wunderlist was living on borrowed time, so if you haven’t done it by now, I recommend using one of the apps that has a built-in importation option designed to work with Wunderlist specifically.

Read: How to create (and switch between) multiple Gmail signatures

With that in mind, here’s how to move your Wunderlist lists to a few other to-do apps, including Microsoft To Do — which has most of Wunderlist‘s features and is worth a try if nothing else.

If you decide to use Microsoft‘s own To Do app, then you’ll find the option to import your Wunderlist settings right at the bottom of the app the first time you log in. It’s a great timesaver.

From here, you can import your settings from Wunderlist directly into your To Do app. It’s by far the most straightforward import option you’ll find for moving Wunderlist to a new app. To Do has apps on both iOS and Android.

One of Apple’s most popular productivity apps, this app works with both iPhones and Mac. It features lists and goals, and is great for those big on organization. Things isn’t free, which is a bit of a con, but it’s also really darned user-friendly, in my experience.

Things also offers several importation options with other apps, so it’s ideal if you’re trying to consolidate several to-do lists into the same app. You can find the Import option under Settings, and you’ll be prompted to sign into your Wunderlist account. Things 3 is available on the App Store for Mac and iPhone.

Another popular option, Todoist has many of the familiar task management options, including goal tracking. It’s supported on just about every platform and has several IFTTT recipes, if such things matter to you.

This one is a little more complicated, as you’ll need to first export your Wunderlist data via the Wunderlist site. This will give you all your information in a file, which you can then import to Todoist via the Import option in the Todoist settings menu. This is best done in the Todoist desktop app or the browser version. Todoist is also available on iOS and Android.

And that’s it! While it’s a shame to see the end of Wunderlist, it’s good to see there are a number of other options available to take its place. Good luck!

Read next: Facebook names its Oversight Board, a 'supreme court' that can overrule Zuckerberg