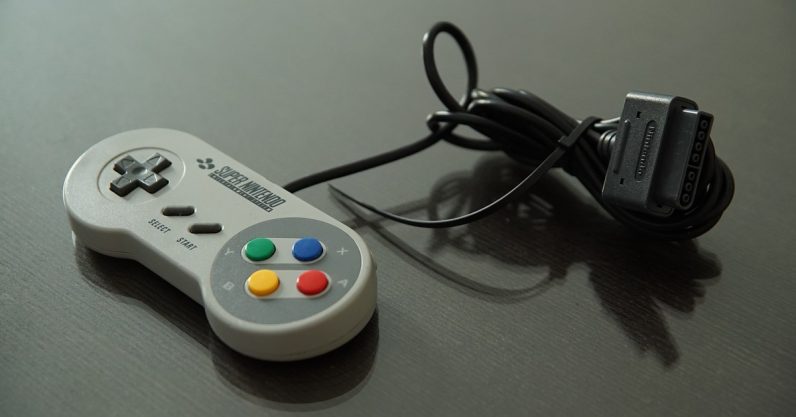 There’s no school like the old school, and that goes for game consoles as well. Even with the rise of retro consoles like the SNES Classic or the PlayStation Classic, there’s no beating the originals. But how do you hook up such old consoles to new TVs? There are a few different options available.

When I went to the National Videogame Museum recently, my favorite exhibit was the mock-up 80s living room, complete with the curved-screen CRT monitor hooked up to an Intellivision. It brought back memories of a simpler time and reminded me I’m of the last generation to grow up without HD (at least until I was about 14 when my parents bought our first HDTV).

But fortunately, we’re past the days of CRT monitors. So where do our old consoles fit in? Here’s a simple explanation of what kinds of outputs retro consoles have (starting roughly with the third generation).

Note: We’re limiting this article to just describing the different kinds of video outputs available, rather than giving specific instructions on how to hook everything up. There are ways to connect just about every console to any kind of TV out there, so this is more of a beginner’s guide.

This is the modern standard, and pretty much the only output available on current-gen consoles. I’ll be surprised if you can find any other way of hooking a PS4 or Switch up to a TV. Luckily several consoles one-generation removed from the current one also have HDMI outputs — the Xbox 360 and PS3 have HDMI slots.

Still, there are some consoles that don’t have this. The Wii, for example, doesn’t have an HDMI output, though it can be modded with simple additions. Many older consoles can be modded to work with HDMI, but it’s tricky. If you have other options, it’s a good idea to use them instead.

Component video usually comes with red, blue, and green RCA cables, along with red and white audio cables. Several seventh-gen consoles such as the Xbox 360 and the PS3 have official component connections. Component can give you a fairly high-resolution image, and it’s not yet an old enough that it’s been completely phased out.

Some older consoles are also component-compatible. The GameCube, for example, had a special digital a/v output that was only compatible with a rare component cable. That particular cable now commands a princely three-figure price on eBay.

S-Video is a standard definition video, recognizable by its four-pin connector. You can find S-video cables for Nintendo consoles, such as the SNES and the GameCube — though many Nintendo consoles have multi-out slots that work with many different kinds of cables, including S-video.

Composite video cables are recognizable by their colors: one red, one white, one yellow. This one is fairly common on TVs still, and is often a good option for any consoles that would be tricky to convert to HDMI. Luckily composite and component inputs are often grouped together on TVs, as the audio is the same for both.

Several consoles have a “multi-out” port and came with custom RCA composite cables. The Xbox, Xbox 360, and several Nintendo consoles have such ports, which can be used with many different cables. Sometimes composite was packaged with S-video in 2-in-1 cables for these consoles, which gives you some options.

The single-pin coaxial port, also called RF (radio frequency) is most common on the oldest consoles. Many second- and third-gen consoles, such as the Atari 2600, the Sega Genesis, and the NES, have an RF coaxial output.

Coax is commonly used to connect cable boxes. As such, many TVs still have one (though given the times, it’s understandable if you don’t have cable anymore). If you have one, this is the easiest way to hook up your old-school consoles.

Read next: How to find the size of any file on your iPhone and iPad with a quick Shortcut