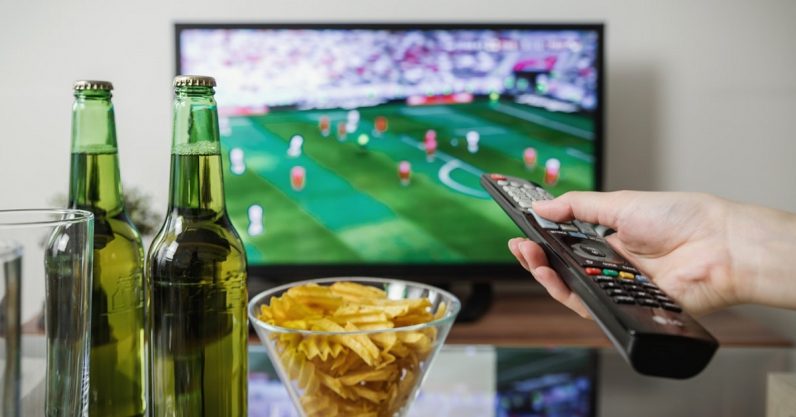 Welcome to TNW Basics, a collection of tips, guides, and advice on how to easily get the most out of your gadgets, apps, and connected services.

Have you ever tried to watch a film on your HDTV, only to have the image appear a little … off? That may be thanks to an oft-hidden setting in your television. It goes by a number of different names: motion smoothing, motion interpolation, the soap opera effect, or my favorite, the sports effect.

Motion smoothing is the process of inflating a film’s framerate by artificially adding frames. Most movies are filmed at a rate of 24 frames per second (fps), while HD TVs often have a refresh rate of around 60 fps. Yet when your TV tries to compensate, it can make the movie look a little too smooth. It can also mean you can see small “artifacts” or visible defects, in the frames. In other words, a setting designed to make your display look better can actually make it look less cinematic.

If you want to see it in action, here’s a good slow-motion comparison from the Rtings YouTube channel. Note how the “smoothed” version creates jagged versions of the small square:

Several film directors have come out against motion blurring due to the way it makes films look. In 2017, James Gunn tweeted that he and fellow directors Rian Johnson, Christopher McQuarrie, Edgar Wright and Matt Reeves, were against motion smoothing in HD TVs. Several other directors chimed in with their complaints — director and cinematographer Reed Morano even started a petition to have motion blur turned off by default in HDTV’s settings. At the time of this writing, it’s been signed over 13,000 times.

Motion smoothing does have its place — in sports, as the “sports effect” nickname suggests, high-speed motions can look choppy when filmed at a low frame rate. So when you’re watching a good football pass, for example, motion smoothing makes it easier to see the pigskin as it’s rocketing through the air.

Unfortunately, motion smoothing is turned on by default in most HDTVs, and it can be difficult to turn it off. Several TV manufacturers don’t call the setting “motion smoothing,” though admittedly most do have “motion” in the title somewhere. Samsung calls it “Auto Motion Plus,” Sony calls it “MotionFlow,” while LG calls it “TruMotion.” You also might have to do some digging before you’ll find the settings. On Sony TVs you have to go through six different menu screens before you find the option to disable motion smoothing.

Still, it can be turned off on most TVs. So if you ever catch yourself wondering why your movies look so off when you play them on your TV, then the first thing you should do is figure out whatever the heck motion smoothing is called on your TV and turn it off… at least until the big game comes on.

Read next: 15 strategies everyone should know to protect their online information