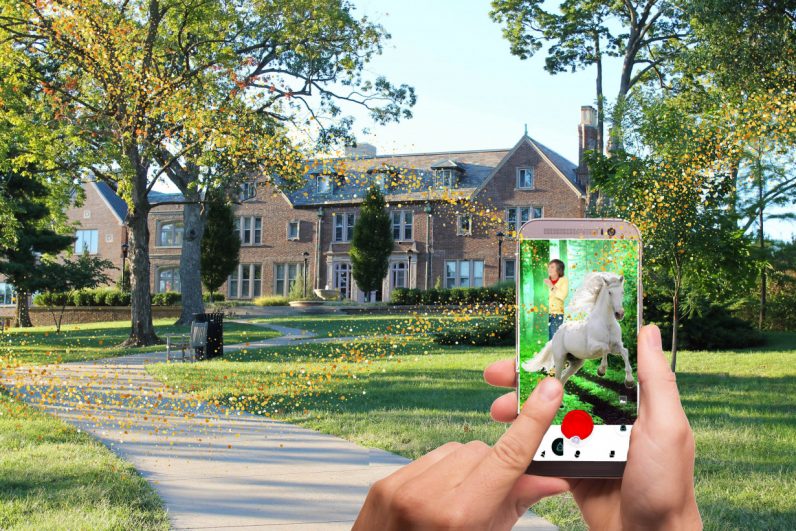 At a recent GamesBeat conference, John Hanke, CEO of Niantic (the company best known for introducing Pokemon Go to the world) made waves when he told attendees that he’s “investing heavily in the AR cloud.”

In other words, the augmented reality worlds created via Pokemon Go and other games are only the beginning of what will undoubtedly become a much larger industry that seeks to change even seemingly everyday experiences.

The AR Cloud, or Digital Land, as some experts call it, is getting ever closer to reality thanks to the innovative minds at Arcona, a startup creating a layer of AR on the surface of the planet. The company has already developed several algorithms to facilitate a massive adoption of mobile AR.

By the end of the first week of its crowdsale, Arcona collected 6653 ETH ($4,6 mln). A pool of strategic partners, interested in developing the Digital Land in Dubai, brought 3244 ETH (more than $2,2 mln) in the project.

But what is the AR cloud or so-called Digital Land?

According to Hanke, the basic idea is that augmented reality would be even more intertwined with the real world. Even at a small coffee shop, patrons could receive virtual tasks or quests or interact with friends who are hundreds of miles away — and not exclusively for gaming, either.

Of course, without this cloud infrastructure already in place, the implementation of AR hasn’t been perfect. Hanke’s own Pokemon Go has notoriously experienced server problems and other performance glitches since launch, especially when large numbers of players all attempt to use the app at once. In AR’s current environment, such issues would prevent the full “overlay” that developers hope to achieve.

The primary goal of Arcona’s team is to create a Digital Land of the world using a series of state-of-the-art algorithms. As Alexander Emelyanov, the company’s R&D Lead explained, “Our algorithms, based on neural networks and AI, allow for a much faster analysis of a huge amount of data and images to create the most accurate virtual impression of any physical environment in real time.”

Accuracy is key in the digital mapping process. Arcona’s algorithms and the use of blockchain technology ensure that 3D content can be placed remotely and with stable positioning, allowing users to create digital enhancements from anywhere in the world.

The company has already begun creating “Digital Land” layers in major cities such as Tokyo, Rome, New York and London. Eventually, the goal is to create a real-time 3D map of the entire world, which would serve as a cloud-based infrastructure for a diverse range of AR projects.

According to Daniil Girdea, co-founder of Arcona, several tycoons who contributed to the project last week are interested in developing digital territories in the Arab Emirates.

“Our first joint projects will focus on tourism and entertainment. We’ll start from various historical reconstructions, presenting iconic landmarks, as well as ambitious construction sites, which are yet to appear in Dubai,” Daniil said.

He believes Arcona’s innovative AR technology will stimulate tourism and bring significant commercial and advertising revenue to the Middle East.

“The land in the central districts of Dubai has already been reserved for us. As soon as we complete ICO, our partners will start working on some large-scale AR projects. We expect they’ll be available for users in 2019.”

Not just for games anymore

The casual observer might be tempted to brush off the Digital Land as little more than something that would help games like Pokemon Go work more effectively, but the potential applications for this system have far greater possibilities than that. With the Digital Land system in place, the entire world would be able to collaborate on projects and share new experiences like never before.

As Connor Blenkinsop explains, there are plenty of straightforward (and realistic) applications for this tech. “The construction sector could use AR to show their clients how a project will look upon completion, while the tourism trade has the opportunity to enthrall visitors by recreating lost historical objects.”

Tech pioneers are even looking into ways to incorporate AR technology into car windshields and medical training, highlighting how AR could soon be integrated into all aspects of daily life.

The Digital Land could easily allow individuals on opposite sides of the globe to meet and collaborate with each other with the same degree of effectiveness as if they were in the same room.

No matter how distant someone might be in real life, this would facilitate a level of immersion that currently seems to belong to the realm of science fiction.

Arcona’s efforts to add a digital layer to the entire globe will clearly take some time, but its potential for innovation, education, and connectivity make it easy to see why so many are excited about this up-and-coming startup.

When paired with other developments, such as an increased focus on improving the wearability of AR headsets, it is clear that augmented reality is poised to impact everyone from small families to major corporations.

AR experts believe that when the AR cloud is complete, it “will be the single most important software infrastructure in computing, far more valuable than Facebook’s social graph or Google’s pagerank index.”

The tech world clearly sees great potential in the Digital Land, so it shouldn’t be surprising that Google, Microsoft, and Intel have supported Arcona’s mapping efforts through grants and acceleration programs.

AR has countless possibilities for shaping the future of our world — from creating virtual theme parks to simply enhancing everyday interactions, AR has limitless potential. By creating the digital layer needed to facilitate these next breakthroughs, Arcona and its Digital Land are sure to have a significant impact on our technological future.