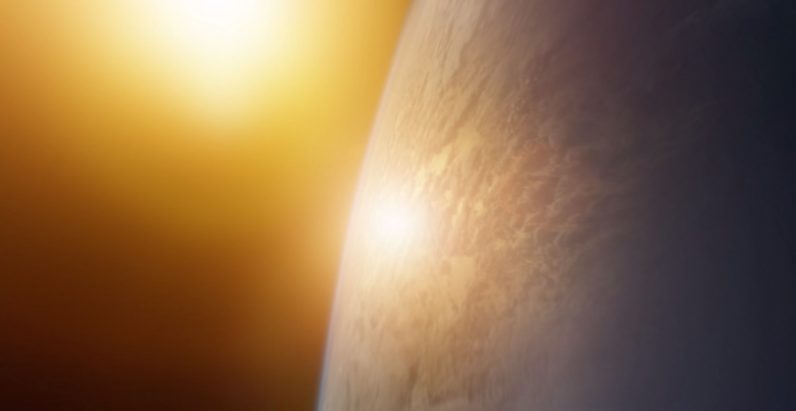 National Geographic today released the first-ever 3D VR video filmed in space. Featuring footage captured both inside and outside the International Space Station (ISS) the clip is an amazing glimpse of something only a handful of humans have ever seen.

The video was filmed by National Geographic in partnership with Humaneyes Technologies aboard the ISS for the TV show “One Strange Rock,” a documentary series focused on describing the Earth as seen by astronauts.

Other VR experiences have sought to recreate the experience of being an astronaut in space, such as BBC’s Home: A VR Spacewalk, but this is the first time a 3D VR experience has been created using actual footage from the ISS.

The fact that it’s real doesn’t make it any less breathtaking than VR environments created using graphics engines. Seeing the Earth outside of the ISS in immersive 360 video invokes the same ‘floating’ feeling as other space-themed VR experiences.

It was filmed using a Vuze VR camera which, according to Humaneyes Technologies CEO Shahar Bin-Nun, was the “perfect companion” for astronauts to film with:

We were thrilled when the Vuze VR Camera passed the test to go to space. It’s truly a once-in-a-lifetime opportunity to showcase the genuinely immersive experiences the camera creates, allowing viewers to feel as if they were on the ISS themselves.

You can watch the video using whatever screen you’re reading this on, but the experience can’t truly be appreciated without an immersive headset. It’s available on Rift, Vive, Gear VR, Windows Mixed Reality, and other popular headsets.

I checked it out on the Oculus Rift and was blown away by the sensation of viewing the Earth in a way that, as one astronaut in the video opined, humans were never meant to see.

The rest of the ISS footage will be revealed in the final episode of “One Strange Rock,” set to air on National Geographic on 28 May. For more information check out the show’s website.