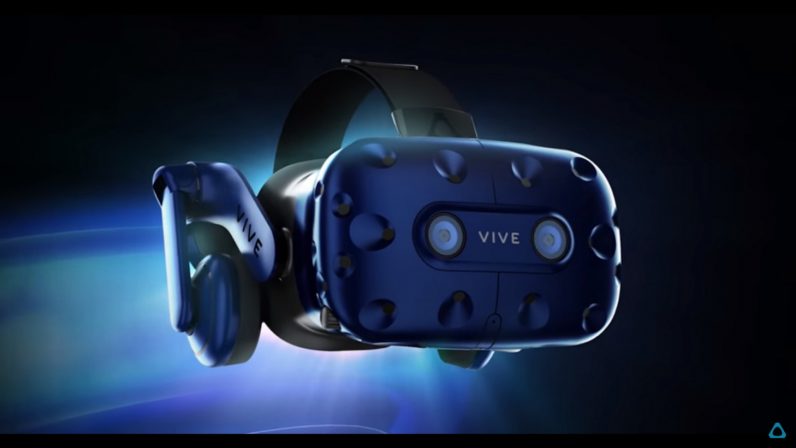 HTC today announced its $799 Vive Pro headset is available for preorder with shipping set to begin April 5th. If the most expensive consumer VR headset to date doesn’t tempt you, the company is also dropping the current Vive headset by $100 to $499. With games like Skyrim and Ark Park set to release on the platform soon it’s a good time to get in on the VR craze.

The Vive Pro was revealed earlier this year at CES with a laundry list of upgraded features:

TNW’s own Bryan Clark tested the headset out at CES, saying “bumping the resolution in its two OLED screens from 2160×1200 to 2880×1600 was indeed noticeable, but calling it a game-changer might be a stretch.”

The cost of entry is relatively high for the Vive Pro: for $799 you’re getting the headset, five months access to Viveport (HTC’s subscription-based version of a VR homespace), and a free copy of Fallout VR.

What you’re not getting is HTC Vive controllers or tracking stations, which you’ll need for most VR experiences. Clearly this device is being marketed for people who are already invested in HTC’s platform and simply want the absolute best experience available.

With the Vive Pro we are delivering the best quality display and visual experience to the most discerning VR enthusiasts. Our goal has always been to offer the most premium VR platform available and to drive adoption for VR.

In other VR-related news the much-anticipated Magic Leap headset may be inching closer to a launch date. There’s still very little information available but the company today announced it’d entered into a partnership with Epic Games to provide support for developers to create experiences using the Unreal Engine 4.

According to an Epic Games blog post Unreal Engine 4 support for Magic Leap One includes the following features:

Magic Leap has truly created something magical in this combination of hardware breakthroughs and software innovations, which represents a giant leap towards the coming spatial computing revolution.

Still no word on exactly when we can expect the Magic Leap headset to ship, but early indications show that it’s expected to be priced about the same as a premium smartphone.

It’s a fantastic time to be a VR early-adopter and the future’s only getting brighter (or, in the case of the HTC Vive Pro, higher resolution).

Read next: Atari's retro console gets a new name, but no games