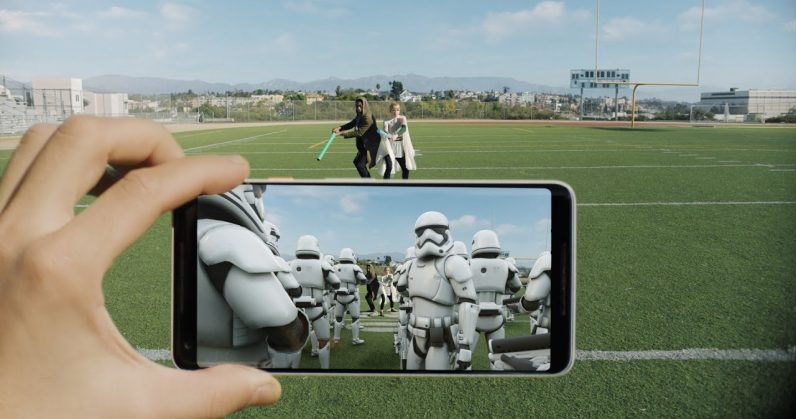 Ahead of the Mobile World Congress expo in Barcelona that will take place next week, Variety reports that Google plans to make a splash with its ARCore framework for augmented reality at the event.

First up, ARCore (which was announced back in August 2017) has now hit version 1.0, which means it’s ready for prime time. That’s evident from the update to its app, which Android Police has got a hold of and made available on APKMirror.

Next, a source at Google told Variety that the company intends to carry out its plan of bringing ARCore to 100 million phones by March. That means it’ll need to enable support for the framework on a wider range of devices (only Pixel handsets are natively supported at the moment).

Samsung lineup of high-end Android phones seems most likely to gain ARCore support first, as its Galaxy S8 was made eligible to run a developer preview version of the framework.

The other major change to help with adoption is that ARCore now works not just with Android Oreo 8.0, but also with the older Nougat versions. That makes sense, given that only a small number of handsets are presently running the latest version of the Android platform. I’m also interpreting this as a reduction in the need for additional depth-sensing hardware components, which Google previously required for the now-defunct Project Tango that preceded ARCore.

It’ll be interesting to see what that spells for users and developers. While Apple fans have been able to access a wide range of AR experiences thanks to the company’s rapid rollout of ARKit, ARCore content has largely been restricted to animated stickers that you can place in real-world scenes seen through your phone’s camera.

Stay tuned to TNW for more MWC coverage next week.

Read next: 14 steps to protect your company from a cyberattack