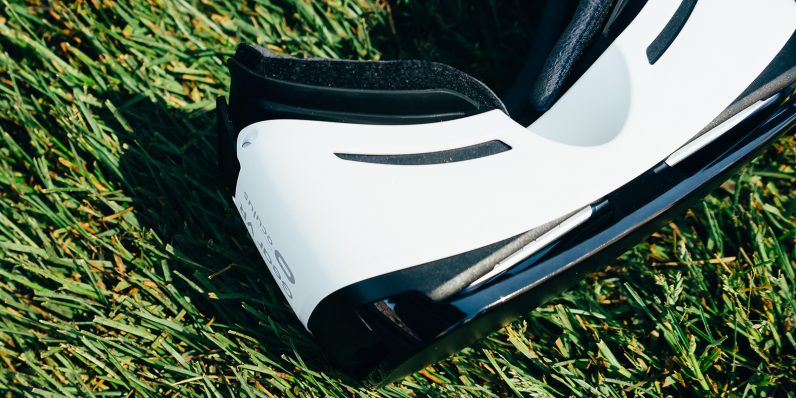 As further proof that technology is the worst, and that the future is on a one-way path to hell, the European VR industry has now officially backed a metric that tracks how long you stare at ads. Dubbed the “Gaze-At-Ratio,” (GAR) the algorithm determines the value of a user’s gaze in relation to a digital ad by factoring distance, duration, and depth of a user’s gaze as the object (advertisement) enters and exits their field of vision.

But while EUVR advocates for better digital experiences, it’s also playing the other side of the fence by trying to bring advertisers into augmented or digital worlds. And it’s the second part of this mission that makes the first meaningless. Teasing advertisers into VR/AR applications while simultaneously advocating for less intrusive ad experiences is… not a real thing, sorry.

It’s hard to define the current state of virtual reality. It’s in a state of crisis, at least as far as identity is concerned. Hyperbole still swirls, but the current landscape paints a different picture. Demand would dictate the future of augmented or virtual reality lies in the former, with the latter being relegated into a gaming-first role — at least until current technology improves. VR may have missed its moment, and is quietly taking a backseat to technology that’s useful outside of gaming.

But maybe we were kidding ourselves all along in assuming virtual reality was ever going to be viable outside of gaming, and a handful of really cool, yet rather niche, applications.

So perhaps the standards are meaningless in VR, unless there’s some spike in consumer attention moving forward. Support is limited, and Apple, Samsung, Microsoft, and Google have all turned their full attention to augmented experiences.

What VR publishers remain aren’t fairing that well. Many have already cut their losses and moved on to other projects after citing lack of demand and high costs.

Meaningless in VR, standards are sorely needed in AR. The alternative to engaging experiences is, after all, being slapped in the face with Orange Julius and Victoria’s secret coupons every few steps each time you step foot in a mall. Developing standardized key performance indicators for augmented and virtual experiences is, unfortunately, a necessary evil.

But that’s not going to stop me from cringing at the name “Gaze-At-Ratio.”

Read next: Google's data saver app for Android gets a Wi-Fi finder and a new name