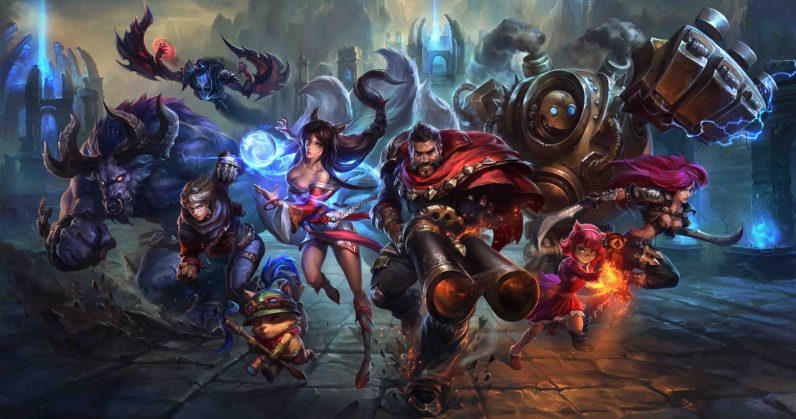 Earlier this week the bottom fell out at Blizzard when it banned an esports pro from competing after he spoke out in support of the Hong Kong protests. It seems half the gaming industry (to say nothing of the wider tech industry) has gotten caught up in the ensuing fallout — and now Riot Games is downright begging its esports pros not to drag them into it.

A message from John Needham, Global Head of League of Legends Esports pic.twitter.com/5Au9rE7T86

On an ordinary day, this wouldn’t be a big ask — it’d seem entirely reasonable. But given that the gaming world is boiling with rage over how Blizzard handled its Blitzchung/Hong Kong controversy earlier this week, it seems less a generic rule and more of specific plea to not deliberately involve League of Legends in the mess.

Blizzard’s reason for banning Ng Wai “Blitzchung” Chung was that he voiced his support on an official Blizzard livestream of the Hearthstone Grandmasters tourney. Needless to say, it wasn’t a sanctioned utterance — the Taiwanese casters interviewing him appeared shocked and dove under the table when he said it. Blizzard stated that esports pros weren’t allowed to say anything that might reflect poorly on the company on their official platforms. What they say on their own time is their business, at least in theory. This — speaking about personal beliefs on official channels — appears to be what Riot’s trying to avoid.

Of course, gamers instead saw Blizzard’s move as an attempt to placate the Chinese government, upon whose goodwill many, many game publishers rely to retain access to their Chinese gaming audiences. The fact that Virtual and Mr. Yee, the casters, were fired shortly after despite not having acknowledged Blitzchung’s invective (Virtual told PC Gamer that Blizzard didn’t tell them why they were shown the proverbial door), strengthened the impression of political cleanup.

Blizzard continues to take heat over this decision. Several popular Hearthstone casters have quit in protest, and employees staged a walk-out earlier this week. Fellow publisher Epic Games threw some shade at them when CEO Tim Sweeney told The Verge Epic would never ban a Fortnite esports pro from speaking their mind. Blizzard’s own characters are being turned into symbols of the protest.

Given everything that’s happened to Blizzard, one of the only companies that can rival Riot in the ubiquity of its esports scene, its’ probably not a surprise the latter wants no part of it.

Read next: RIP: How to stop Facebook from stealing your data after you die