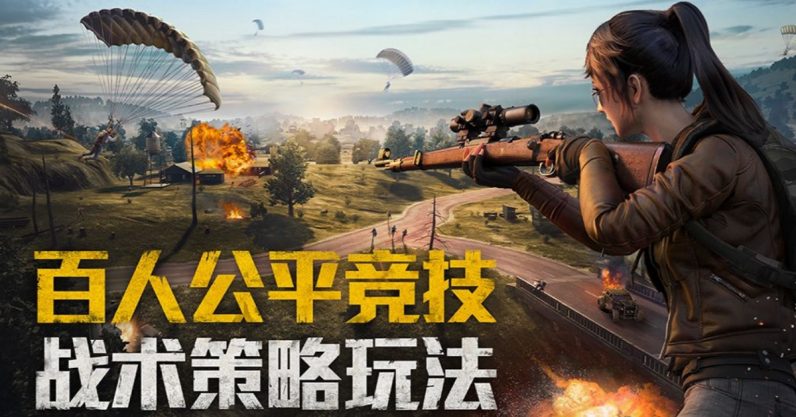 Tencent revealed this week it would be pulling its test version of PlayerUnknown’s Battlegrounds from the Chinese market. Instead, it’s going to publish a similar but more, um, approachable app called “Game for Peace.”

Tencent announced it was pulling back the test version of PUBG it’d released to Chinese gamers. Shortly thereafter, it announced the release of Game for Peace. According to Reuters, Tencent says the game “pays tribute to the blue sky warriors that guard our country’s airspace” aka, the Chinese air force.

The app looks like PUBG, walks like PUBG, but it doesn’t play like PUBG. Instead, “Game for Peace” is a censored, tidied up version of the same gameplay. Guns are still present, and you can still shoot people, but they don’t bleed — instead the bullet strikes manifest as small green sparks on their bodies. If you “kill” them, they sit up to wave goodbye to you before disappearing. It kind of reminds me of those censored versions of Mortal Kombat that replaced blood with mysterious grey fluid in the hopes it would tone down the series’ signature violence (spoiler: it didn’t, but it did look pretty bizarre). It’s kind of dissonant with the game‘s official website, hosted on Tencent-owned QQ, which still depicts explosions and guns (and midriff-baring female characters).

Due to recent government policy changes, PUBG mobile in China has been relaunched as an anti-terrorist themed game titled "Game for Peace", where defeated players don't die but simply wave their hands to say goodbye pic.twitter.com/DFNP74Wkh9

Other than these instances of obvious clean-up, the mimic is so precise that, if the Weibo users who reported playing the game are to be believed, players would frequently find themselves at the exact same level and with similar playing history in Game of Peace as they did in PUBG. Tencent insists the game is made entirely in-house — PUBG, meanwhile, was built by Krafton subsidiary PUBG Corporation.

The reason for the green sparks is probably to comply with China’s new laws about the kinds of games it will and won’t approve, which outlaws blood (among other things) and any kind of blood-adjacent fluid that behaves the same way. That means the game can’t get away with recoloring the blood, so sparks seem like a reasonable compromise (insofar as any of this is “reasonable,” of course).

As for why it’s pulling PUBG, the reason is most likely monetary — PUBG hasn’t been cleared by the government for monetization yet, meaning Tencent can’t make any money from in-game microtransactions. Game for Peace, on the other hand, was approved in April.

Read next: Here's how working with VCs can make you more than just money