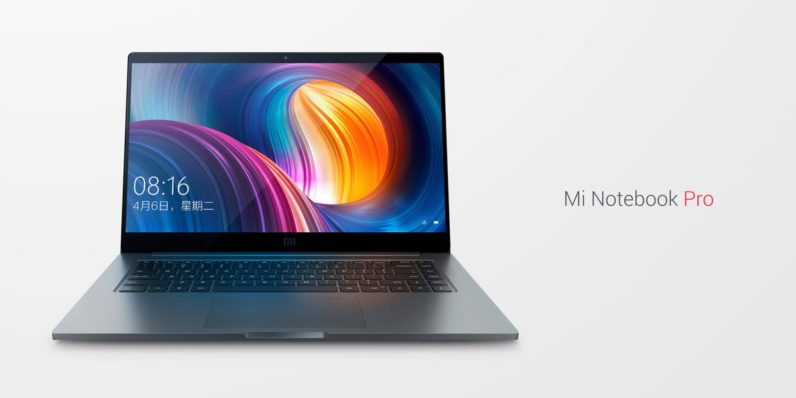 Xiaomi, a company best known for its pocket-friendly powerhouse phones, has dipped its feet into the laptop game again, having followed up last year’s Mi Notebook Air with the Mi Notebook Pro.

The Mi Notebook Pro has pretty solid specs. It packs a 15.6-inch display with narrow bezels (and thankfully the webcam is tucked away on top, rather than in some bottom corner). Under the hood, you’ll find a current-gen quad-core i7, up to 16GB of RAM, up to 1TB of SSD storage, and Nvidia’s new Geforce MX 150 chip.

The Geforce MX 150 is essentially a more powerful alternative to Intel’s integrated graphics, with Nvidia claiming its four times as capable as the last-generation Intel HD Graphics 520. So, while the Mi Notebook Pro won’t let you play Destiny 2 on full whack, it should be able to handle some CS:GO or DoTA admirably.

And while looks don’t matter as much as cold, hard specs, it’s worth pointing out that the Mi Notebook Pro is an attractive piece of kit. But then again, it bears more than a passing resemblance to the MacBook Pro, wouldn’t you agree?

In the hardware section, it offers way more than what we've mentioned! Which of these is what you look for in an ultra portable? pic.twitter.com/AqZbgolqu5

Just my opinion, but I actually think it looks better than the MacBook Pro. It’s confidently understated, and I’m a big fan of that bezel-less screen.

Based on the design, specs, and name (which is as subtle as a punch in the jaw), Xiaomi is blatantly targeting people that would typically buy a MacBook Pro. It’s priced at 6399 Chinese yuan ($980), which is roughly half what the entry-level 15-inch MacBook Pro runs for ($1999).

Unfortunately, as was the case with the Mi Notebook Air, Xiaomi is only selling this in China — at least at first. That means if you want to get your hands on one, you’ll either have to book a weekend break to Beijing, or hit up one of the ubiquitous resalers of Chinese gear, like GearBest or BangGood.

Read next: Xiaomi's Mi Mix 2 is a bezel-less powerhouse at just $500