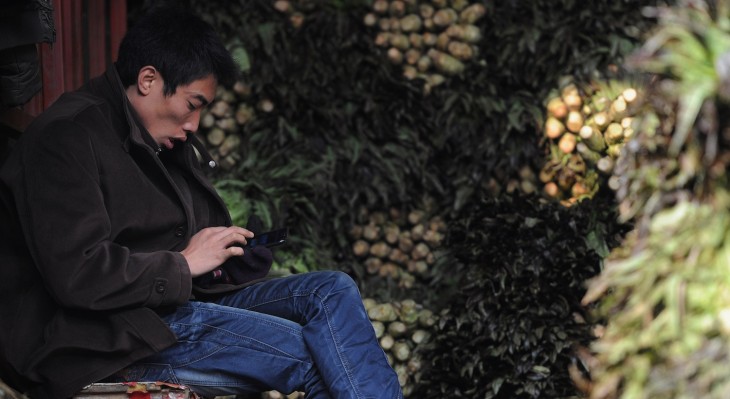 The rise of mobile messaging services like Tencent’s WeChat looks to be having a direct effect on China’s SMS volume. The country’s Ministry of Industry and Information Technology (MIIT) has revealed that the number of text messages sent on mobile networks grew by only 2.1% in 2012, even as wireless service penetration grew by 9% to 82.6%, Sina Tech reports.

According to the government agency, 897.3 billion text messages were sent in China last year, compared to 878.8 billion in 2011. Texting had been the preferred method of communication by many Chinese mobile users, especially youth, in recent years, but they are moving in droves to Internet-based messaging services, which can be even cheaper.

There are over 1.1 billion mobile subscribers in China, and 760 million of them use SMS. That’s still higher than the estimated 420 million mobile Internet users. China’s overall Internet population grew 10% last year to 564 million, with roughly 75% of them on mobile devices. The MIIT has projected that the domestic online user base will rise to 800 million by 2015, with mobile Internet use expected to lead the way.

Tencent’s WeChat has become one of the primary SMS replacements. The service boasts 300 million users as of earlier this month. In addition to text chat, it also offers video and voice calling, as well as voice messaging.

Though a more public platform, Sina Weibo, a microblogging service with over 400 million users, may have also had an effect on SMS levels. For instance, Weibo users set a new record of over 729,571 messages sent in a single minute when the clock struck midnight on January 1st. In previous years, many of those messages would presumably have been sent as batches of texts.

Services like Apple’s iMessage are also taking a toll on SMS revenue. The iPhone’s share of the Chinese market is still rather low, since Android takes up the lion’s share, but the low friction of iMessage makes it easier to use than services that require a separate download.

Throughout Asia, messaging services are picking up new users at a rapid pace. Japan’s Line, which recently expanded into China, just hit 100 million users, and Korea’s KakaoTalk has topped 70 million users. Meanwhile, underdog Xiaomi, which has 23 million users, is looking to expand beyond China with a new partnership in Southeast Asia.