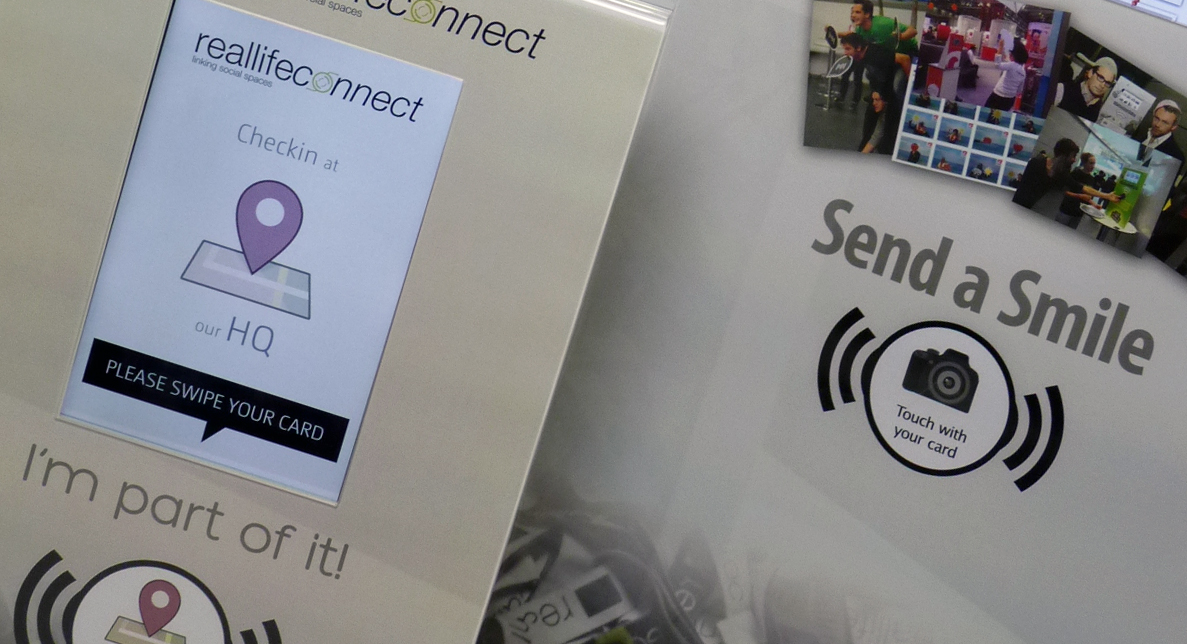 RealLifeConnect has developed a platform for using Near Field Communication tokens to drive social media engagement at real world events, and it is now jumping into the Chinese market by adding support for Sina Weibo’s API.

The startup works with companies to provide event goers with NFC cards that are tied to their social networking accounts in order to interact with booths and other stations. RealLifeConnect has already linked up with Facebook, Twitter, Foursquare, YouTube, LinkedIn and now Sina Weibo.

The launch of its Weibo integration came as part of Econsultancy’s Digital Cream marketing event in Shanghai last week and was done in collaboration with Milton Exhibits.

Co-founder and CVO Juergen Hoebarth told The Next Web that the company has worked on events for as many as 10,000 people and has partners in all 5 continents. Expansion into China is a natural step for the company, which is split between Austria and Hong Kong.

NFC adoption is still ramping up, and RealLifeConnect’s particular take on it does seem fairly niche, but Greater China is a good place to test it out. For instance, Hong Kong’s Octopus Card payment platform for its MTR subway system is arguably one of the most successful implementations of NFC technology.

The NFC infrastructure in mainland China has a ways to go, but it’s possible that RealLifeConnect’s NFC cards could help marketers reach Chinese consumers who have yet to buy a smartphone. China’s smartphone market is definitely on a rapid rise, but saturation won’t happen for years.

In just three years, Sina Weibo has quickly become one of the de facto social platforms in China. As of last quarter, it had 368 million users. It recently began rolling out a substantial redesign to its Web-based platform, bringing a selective sharing feature similar to the Circles functionality in Google+.

Weibo’s success continues to attract new partners that are interested in gaining (or providing) access to its active user base. Social media dashboard Hootsuite recently added Weibo support to its tool. It has launched a Traditional Chinese version of its dashboard to target users in Hong Kong and Taiwan, and it is soon to release a Simplified Chinese version for mainland Chinese users.

Read next: Missed out on Y Combinator's Startup School? Watch the videos online