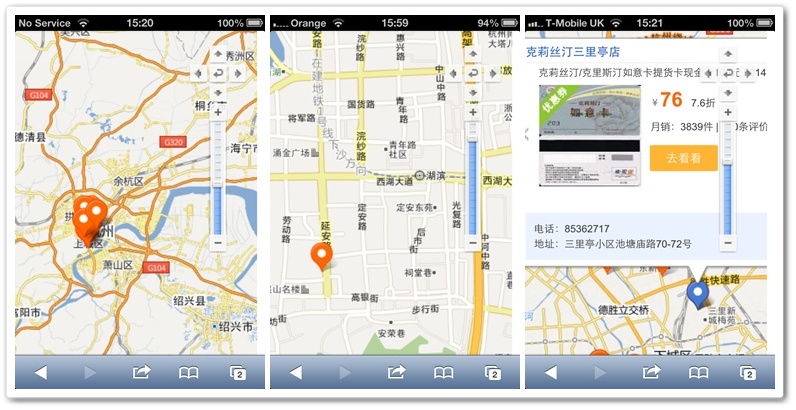 Taobao, the popular consumer ecommerce site from Alibaba, has revealed that it has already attracted almost 2 million users in its expansion into Greater China, with 1.2 million members in Hong Kong and 500,000 in Taiwan, as it uses the markets as a stepping stone to make the jump overseas.

The company provided the numbers to Tech in Asia at a press meeting earlier this week. Teams apparently quietly hit the ground several months ago and have been ramping up since then.

Quick adoption of Taobao in Hong Kong is impressive, but the Taiwan numbers are slightly cooler. However, given the complicated political relationship between mainland China and Taiwan, it’s no surprise that consumers are somewhat hesitant to begin placing orders on the site.

The South China Morning Post (subscription only) reports Daphne Lee, Taobao’s head of international business, as saying that Hong Kong and Taiwan are “the first steps of [its] effort to go overseas,” though it doesn’t have “ambitious targets” for those markets.

Lee did say that Taobao is “not too far away” from building its Taiwan base up to 3 million users. Women’s fashion, women’s shoes and gadgets are apparently the most popular categories for users from Taiwan and Hong Kong.

Solidfying its position in Greater China before tackling other markets is a wise move, since Taobao should have an easier time reaching Hong Kong and Taiwan, considering it will face fewer language, distance and cultural barriers. Chinese Internet firms, Alibaba included, have built up loyal customer bases within China, but they have, for the most part, been unable to replicate their success overseas.

Even without targeting overseas markets, 5 percent of Taobao’s gross merchandise volume already comes from outside of China, presumably from overseas Chinese users.

Alibaba, which also operates several business-to-business ecommerce sites, is on a roll. It’s set to have higher sales volume than Amazon and eBay combined this year and is aiming to hit 3 trillion RMB ($474 billion) in sales within five to seven years. Though the company doesn’t disclose exactly how much of that estimate will come from Taobao, CEO Jack Ma did reveal last year projections of 1 trillion RMB ($158 billion) in annual sales for the site.

Taobao may also be biding its time, waiting for global economic conditions to improve before setting out overseas. Ma warned entrepreneurs at Alibaba’s annual conference that “deep and complex changes” are underway both in China and worldwide. He expects ecommerce businesses on Alibaba’s platforms to have a more difficult time in coming years because the world economy “will become worse and worse.”

Read next: TNW at IBC: Telestream discuss how live-streaming is becoming more accessible for everyone