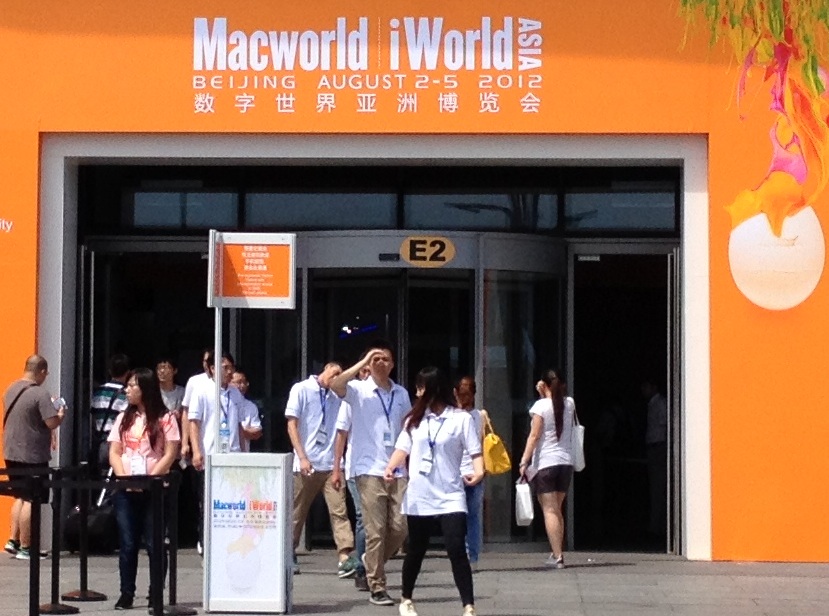 IDG opened up its second Macworld Asia conference in Beijing on Thursday, underscoring the rapidly growing base of iPhone, iPad and Mac users in the world’s most populous nation.

Bob Carrigan, CEO of the company’s media and events subsidiary, was on hand for the opening of the conference.

“We look forward to many prosperous years supporting the Apple community and staying on top of the latest developments in this important marketplace [China],” he told reporters.

The 48-year-old company bases its China operations in Beijing has operated in the country since 1980.

The event includes keynote speeches, a developer forum hosted by TechNode and an exhibition floor. It also features a “Macworld Girl” competition, which appears to be the Chinese version of a beauty pageant (a not uncommon occurrence at tradeshows here).

In the exhibition hall, a number of recognizable names from the global Apple ecosystem were in attendance, including LaCie, Macally and Logitech.

As is to be expected, the majority of exhibitors were local companies. Most of them were selling iPhone and iPad cases and accessories.

Asia’s favorite cat was in attendance, as were Disney and Warner Brothers characters:

Those who were too grown-up for cartoons could also opt for an urban sex-themed protection case:

Ladies could find their ‘best friends’ in the form of bedazzled iPhone and iPad cases:

Meanwhile, men could head over to the Ferrari booth:

Macworld Asia runs through August 5. If it’s too late for you to book plane tickets, you can start saving up for next year’s event, which is planned for August 22-25.

For many years, Macworld in San Francisco was the highlight of an Apple fan’s year. Late Apple co-founder Steve Jobs introduced the original iPhone and announced the change from Apple Computer to Apple Inc. at the conference in 2007.

However, the company pulled out of the event in 2009 in order to gain more control over the timing of its product announcements and launches.

Images: The Next Web

Read next: Waze sees 10,000 gas stations added by its users in 2 weeks