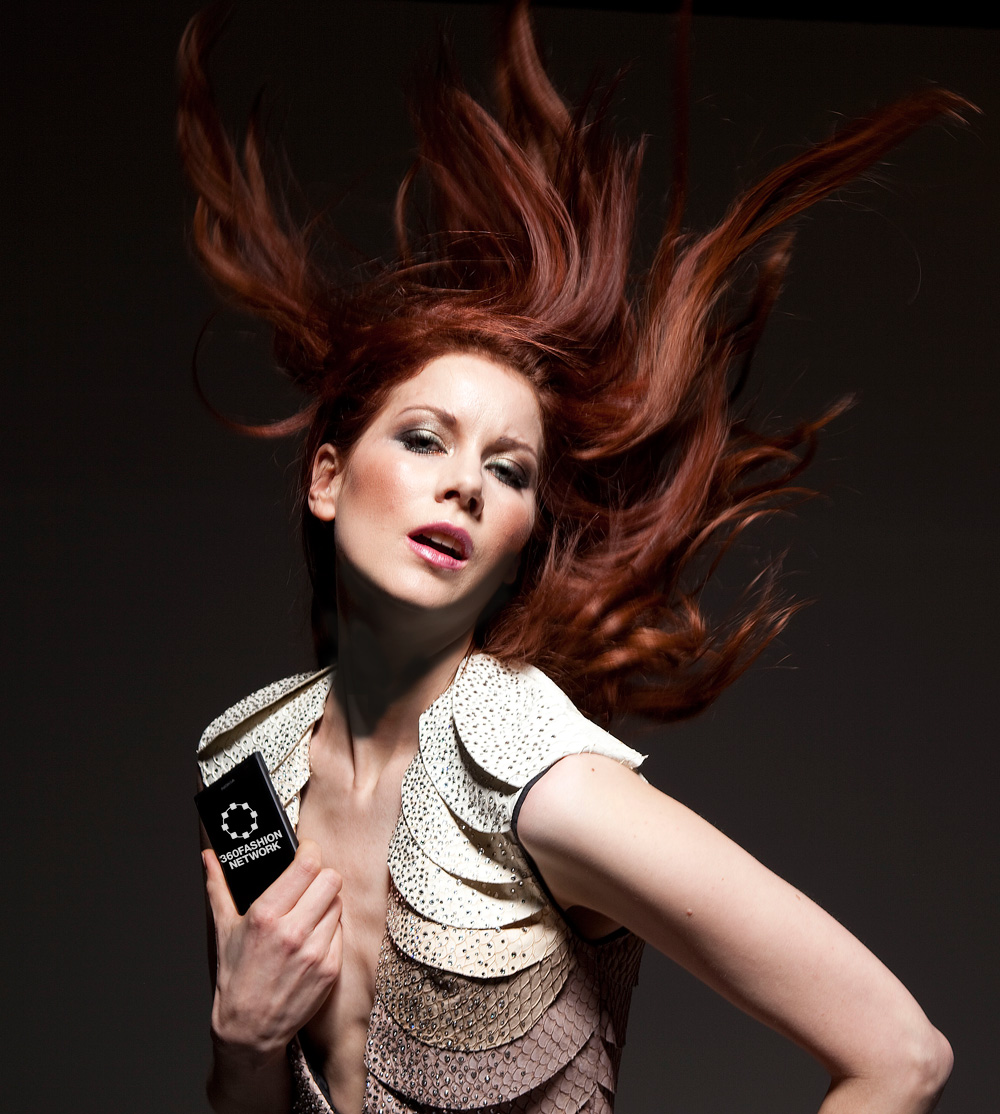 China is the second largest luxury market in the world, and with more than two million millionaires today, it’s on its way to become the world’s largest luxury market by 2020. Well-known fashion brands are launching dedicated Chinese e-commerce platforms, as the trade volume of online shopping in China has grown by 100% per year since 2007. Brands are meeting the challenge to understand and adjust to the Chinese consumer’s online habits and standards when it comes to mobile commerce and social media interaction.

We spoke with Anina Net, China’s top foreign model and founder of 360Fashion Network about the hottest digital trends for fashion in China right now.

TNW: Tell us about the Mobile & Fashion exhibition created by the CHIC Fashion Expo and 360Fashion Network. What was the feedback from the attendees? Which mobile trends will be in and which out in 2012?

Anina: The Mobile & Fashion exhibition was the first time in the fashion industry that such a large scale exhibition has been built to educate fashion professionals. We chose 4 technologies that fashion brands can use today to showcase. One of the highlights was the 20-year anniversary of the CHIC Fashion Expo, the host of the event, with a timeline history of Chinese fashion and Chic that viewers could explore using augmented reality (AR). Through the 360AR app they could watch videos from 1993 with Valentino, Pierre Cardan, and Gianfranco Ferre, the western pioneers of Chinese fashion who influenced and kick started fashion in China with their cooperation at the CHIC.

Many of the reactions from top level CEO’s of fashion companies were that they had never seen AR technology and that they wanted to use it immediately for their advertising and billboard and magazine campaigns. They were really amazed at how it can extend their brand message.

Additionally, we learned a few mind-boggling statistics: In China of 2010, there were 30 million smartphones, 2011 saw 150 million, and in 2015 that number is expected to grow to 500 million smarphones. That’s a train you cannot stop and you better jump on!

TNW: What are the hottest fashion apps in China right now?

A: Right now in the fashion industry there are really not a lot of fashion brands with applications! It’s really at its beginning stage! We hope that our Anina Dress Up app for the iPhone will keep getting high downloads (we launched it at China fashion week), as well as our look book application. Right now, it’s more about social media apps like Sina Weibo, Youku, Tudou, Renren, and some fashion magazines such as Yoka. Of course, for mcommerce it’s all about mobile Taobao and the leader is Vancl, an online ecommerce fashion brand with mobile apps in every platform.

TNW: Any successful case studies from the world of fashion that do digital right in China?

A: All the luxury brands like Gucci, Dior and Burberry are surging ahead with social media…and of course, Burberry is in the lead!

TNW: Although QR codes is mainstream in Asia, there is a lot of discussion about whether they can be equally effective in Europe and the US. What do you think? Are QR codes here to stay or do you see another technology doing better?

A: Actually, QR codes are mainstream in Japan because the Dokomo operator has embeded the QR reader in all mobile phones, so there’s no download. It’s part of the core technology. QR codes are just starting here, and in Australia, so it was really cool to watch the young people attending CHIC Fashion Expo whip out their phones and start scanning codes! But the CEO’s still needed explanations when they saw examples such as MYPRO using it on their box covers, they immediately wanted it and I think after our fashion mobile exhibition we will see a major uptake in fashion!

TNW: China is becoming a global e-commerce powerhouse and many big fashion brands are investing in building sites custom-made for this market. What are the hottest ecommerce trends in China right now?

A: Yes, opening stores on TMALL, the “high end eBay” of Taobao is the first step that brands are making because of the high volume sales it can generate due to the millions in user traffic. However, they dont like the TMALL branding as it lowers their brand value to be next to the fakes on TAOBAO when you search. So that is why they are first using TMALL to establish sales, then they push to social media channels to capture the customers, and then they will open their own branded sites and push the traffic and sales there. This way they also cut out the middle man and have more profits as TMALL and other ecommerce portals commission can be high!

TNW: Although fashion and tech companies invest a lot of money to gain a spot in the Chinese market it is rarer that we see an upcoming fashion brand or tech startup reach equal success in the West. Why do you think it is so?

A: Yes, there are many failed cases due to the same problem: culture, understanding of market, and the different user shopping habits. I think that the first successful case you will see will be JNBY. I love this brand.

TNW: What’s next for 360Fashion? Anything you could let us know?

A: We are planning a big fashion show at the largest Mobile Conference in all Asia so stay tuned. We did it first on the fashion side, now we will make history on the technology side! We are moving forward with our Fashion apps in China such as our fashion look book app pre-installed on millions of Chinese handsets (you can get a taste here). We are also working to release a Windows Phone to the Chinese market!