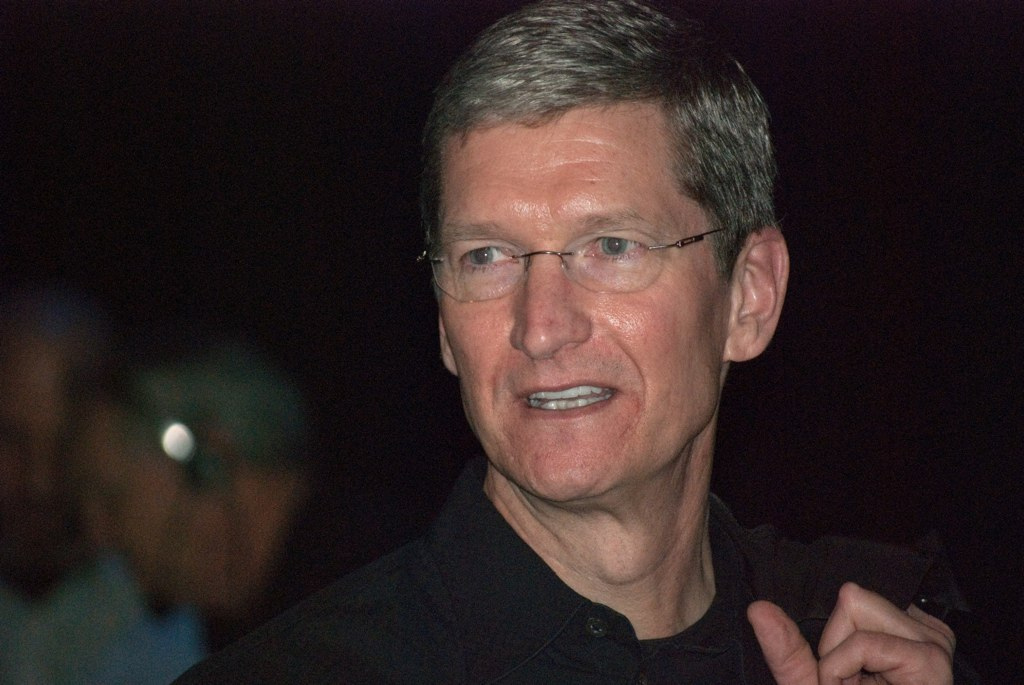 In case you weren’t aware — perhaps hiding under a stone or on a very long vacation from the Web — Apple supremo Tim Cook is currently in China, on a visit that makes him the company’s first serving CEO to make the trip.

A number of topics are said to be high on Cook’s itinerary, there’s the ongoing case over the ownership of the iPad trademark, plans to partner with China Mobile and, of course, the issue of Foxconn and treatment of workers in Apple’s supply chain.

Apple is notoriously cagey when it comes to media communication and, true to its nature, it hasn’t said a lot about Cook’s trip. One of the pieces of information that the company has revealed is that he visited Foxconn’s plant in Zhengzhou on Wednesday.

Bloomberg has details of the visit, complete with the prerequisite photo of the Apple CEO uniformed-up and on the front line with workers in sight.

Cynicism aside, it is not surprising that Cook visited the factory…or that Apple is keen to let people see him there. Cook has taken criticism of the company and its treatment of staff of its partners in China very seriously.

In response to two New York Times features that looked at the treatment of staff in China, the Apple chief penned a detailed intern email claiming that Apple was aware of issues and remedying them as “we care about every worker in our worldwide supply chain”.

During his tenure, Cook issued a landmark report into the workers’ conditions, asking the US Fair Labor Association (FLA) to investigate factories and premises belonging to its partners in China.