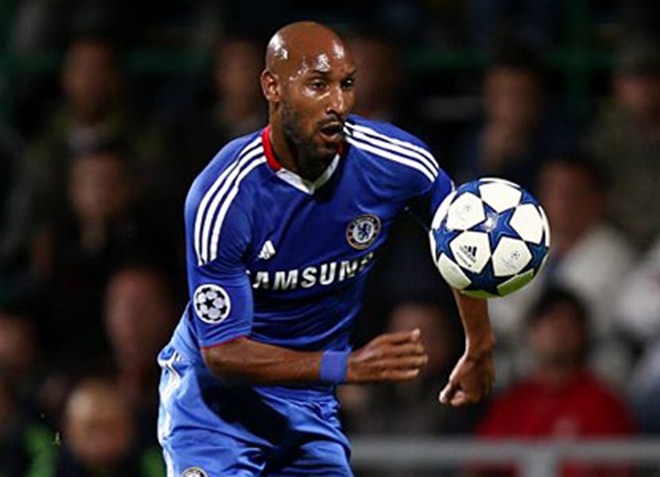 The imminent arrival of the highest profile football (soccer) player to ever ply his trade in China is based around the future success of a new online game in the country, according to a report from the Daily Mail.

Chelsea superstar Nicolas Anelka, a world and European champion with France and winner of the English Premiership, Spanish Liga and the European Cup at club level, will move to play for Chinese Super League side Shanghai Shenhua next month but the source of his two year contract, worth $1.08 million per month, is alleged to be Firefall, a game awaiting full release in China.

Anelka’s new team is owned by Zhu Jun, who also runs The9, a significant games distributor in China. The Mail speculates that the success of Firefall — which is being touted as a potentially huge title — could be key to paying the French striker’s lucrative wages without bankrupting the team:

My source insists that envisaged earnings, and not mountains of money already in any bank, underpin Zhu’s ‘superstar’ plan.

‘There is no way that the superstar business model at Shanghai is sustainable on its own,’ said the source. ‘The club just don’t make the money to pay for it and the precise size of Zhu’s remaining fortune is a grey area. They’ve signed Anelka on the hope that the new computer game is a big hit.’

Other rumours have suggested that the footballer has signed a contract with The9 as well as Shanghai Shenhua, indicating that his salary could well be tied to Firefall, or at least its distributor.

Such a dual-deal would not be anything hugely controversial as many of today’s most recognisable players negotiate separate imaging rights deals — which seem them given varying portions of income relating to their individual profile and merchandise — to bump their salaries up beyond what their clubs can offer them.

Anelka will advertise the game, either way, as it is his new team’s shirt sponsor, and the management are keen on further endorsements — perhaps he will appear on Tencent Weibo — as the graphic below, via a Firefall forum, shows:

Mobile gaming is a huge industry in Japan and it is growing in other parts of Asia, which includes China where games consoles are prohibited from sale. The fact that a game can even be earmarked to fund a deal as significant as the one which will bring Anelka to China, just shows the potential that the space has.

Though the game has been available to play online for some time, having been first talked about in July, The9 has yet to decided on its publisher. Speculation has linked it with a deal with Tencent, as both sides look to capitalise on the considerable attention and promotion that the title has received thus far.

Those curious about Firefall, can find more information about the game in the link and trailer below.

Read next: StartupBus Europe: An epic journey that built five startups on the road to LeWeb