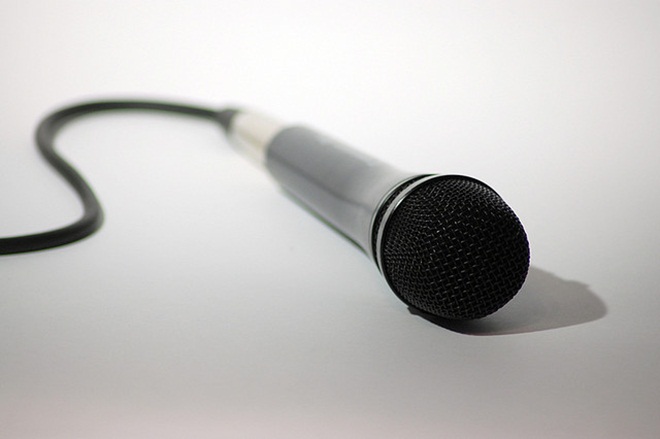 Technology podcast This Week in Asia (TWiA) has just posted its 100th episode which we thought was the perfect excuse to catch up with the guys behind the show.

The podcast is run by Malaysia-based Daniel Cerventus, the man behind Entrepreneurs Malaysia website, and Singapore-based Dr Bernard Leong, who is CTO at Chalkboard. The duo, who fittingly first met at a tech event in Asia, launched TWiA after being inspired by Leo Laporte’s This Week in Tech podcast.

“We both like tech podcasts and released that there are none that cover Asia,” says Cerventus, who is actively involved in organising tech conferences across the region. “So, we got it started and thought: let’s see what we can do.”

This Week in Asia started in November 2009 with an initial team of four but work commitments saw Cerventus and Leong became the driving force that has kept it running regularly, bar a hiatus last year when the duo concentrated on respective work projects.

The show regularly features top technology pundits from across Asia’s diverse countries — with even yours truly having made an appearance — but Leong and Cerventus’ most memorable guests have come from further afield.

“We’ve had some top guests,” reflects Cerventus. “Aside from our excellent regulars in Asia, we’ve had Leo Laporte, Sarah Lacy, Joi Ito, Dave McClure and Mozilla’s Mitchell Baker on the podcast among others.”

Not only has Laporte appeared on the show he — alongside other notable Silicon Valley figures like Robert Scoble — has helped spread word of This Week in Asia in North America.

Leong points to some of the his most memorable moments so far which have seen the guys give out fee ice-cream at a Barcamp event in Kuala Lumpur and host a live panel show at Echelon 2011, which included a question and answer session with the audience.

The duo have both found that the additional visiblity of the podcast and the opportunity to get to know key tech figures across Asia and beyond, to the benefit of their own careers and businesses.

“My business is conferences, so the podcast has definitely helped me to make contacts and bring good quality people to the events I’m involved with,” says Cerventus, who was recently involved in the Geeks On A Plane event that saw a range of tech folk from Silicon Valley go on a whistle stop tour of Asia.

The show has also helped Leong as he took an idea for a startup and built it into a fully fledged business: “The podcast has helped me with introductions to various people in partnerships or business opportunities with Chalkboard.”

Hard work but worth it

Running the show as a hobby comes with its own cost and Leong estimates that each episode takes around 4 hours to put together — from inviting guests, to recording, editing and publishing — not that the work behind this labour of love bothers either Leong or Cerventus. While there is no plan to monetise the podcast, the duo admit that they would consider sponsorship or the support of a podcast network to help scale the show.

“It has been a real learning experience,” says Cerventus, “right from how to make and publish a podcast, to learning about Asia. The more we learn, the more we are excited about technology in this part of the world.”

The podcast caters to a very defined niche and is certainly not mass market but, nonetheless, it has reached a total audience of 40,000 listeners — with around 1,500 downloads per month — although thousands more likely listen to the show direct from the web. Interestingly China is TWiA’s biggest single audience, followed by the US, Malaysia and Indonesia.

As for the future, the guys are looking for greater female representation and would also like to get more expert analysis of areas outside of Southeast Asia, China and Japan, with India of particular interest.

The one hundredth episode, which includes Dr Gang Lu of Technode, Michael Smith from Yahoo and Rama Mamuaya of Daily Social amongst the guests, can be found here, while you can keep up with the podcast at the link below.

➤ This Week in Asia

Read next: Smartphones Have Huge Potential in Southeast Asia [Infographic]