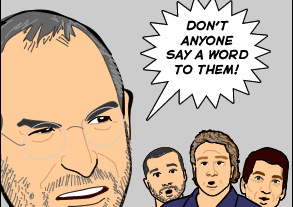 Chinese online video giant YouKu, popularly known as ‘the Chinese YouTube’, has agreed to a deal with DreamWorks Animation that will make the Kung Fu Panda film series available through the site’s premium movie service.

According to Reuters, the films – which have been accused of “twisting Chinese culture” – will initially be available through Youku Premium, its on-demand viewing channel, before debuting on the site’s Hollywood Movie Channel after the paid viewing window has closed.

The deal with DreamWorks follows June’s news that Warner Brothers and YouKu had agreed a three year deal to add up to 450 of the US film producer’s titles, including Hollywood blockbuster Inception, to YouKu’s premium channel services.

YouKu, which listed on the New York stock exchange back in 2009, having raised US $40 million in funding, has seen its share prices gain 7% following the announcement of the DreamWorks agreement.

The site, which battles Tudou to be China’s most popular online video service, enjoys content licenses with more than 1,500 production companies – both in China and overseas – but has a long history of battling piracy, an issue notorious in China’s online video landscape.

Read next: iTunes beta 6.1 brings iTunes Match and music streaming to any iOS device or computer