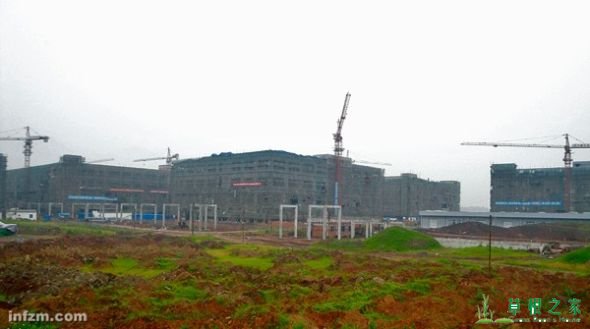 The Cloud SAR is a RMB 1 billion ($US 154m) project being built in Chongqing, south-western China. Perhaps the most noteworthy feature of this industrial zone is that it will be free from China’s infamous Internet-filtering system so as to enable tech companies to be on par with the developments around the world in cloud computing. It will be using an Internet connection that is isolated from the mainland network so no data would have to go through the Great Firewall of China.

Sounds too good to be true, right? Because it is. And it doesn’t come without a big “but”. According to the report, this place will strictly be exclusive to foreigners and no local Chinese enterprises will be allowed. In fact, Chinese citizens are not allowed to enter the area, and the working employees will have to pass through strict security checks before entering their workplace.

Cloud computing is becoming popular around the world, with US and European companies locating servers in Japan, Singapore, Hong Kong and India to reduce costs. China, although popular for its cheap labor, couldn’t take advantage of the cloud computing business due to the restrictions on Internet access.

The Chinese Government has approved a Special Administrative Region in order to build an international data center hub. Foreign investors can carry out offshore operations in the SAR with unrestricted Internet access and unlike in other parts of China can hold 100% of the company’s shares.