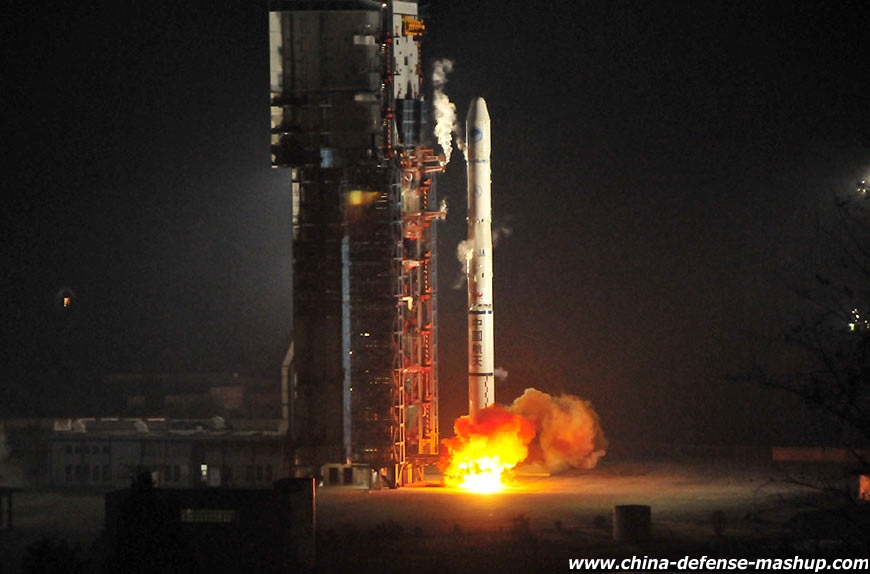 Beidou, as the government-owned system is called, is designed to provide more accurate navigation and positioning services in the Asia and Pacific region before 2012 and will be capable of providing global navigation services by 2020. The new satellite navigation system was built to end the country’s dependence upon the US GPS system in 2000, when it sent two orbiters as a double-satellite experimental positioning system.

Six Beidou navigation satellites have been launched to date and it constitutes the basic form of the navigation network, which China plans to expand to comprise 35 satellites, a statement said.

‘Satellites in inclined orbits can observe things from a different angle and are able to see things shielded by trees or high-rises that satellites in geostationary orbits may not see. The increase in the number of navigation satellites and the two various orbits have together made the under-construction Beidou navigation system able to provide more accurate navigation and positioning services.’

Last month, China has launched a nationwide campaign to eliminate illegal online mapping services, with the country’s mapping bureau calling for the punishment of violators.

Wu Dong, director of the navigation project office at the China Aerospace Science and Technology Corporation, said that the basic shape of the Beidou network has been formed and future launches will make the network ‘stronger’ and be able to provide ’round-the-clock’ service throughout the Asia-Pacific region.

Read next: Roots starter gets you developing WordPress themes rapidly