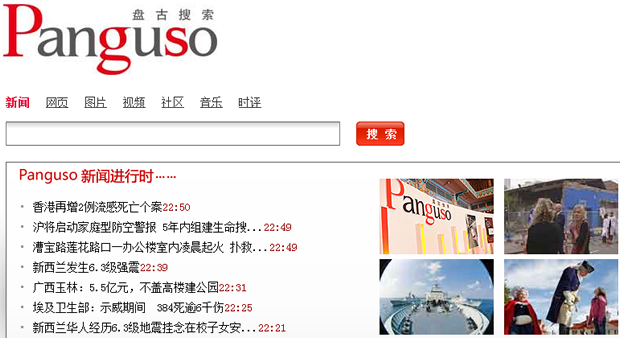 “We would like to fully exploit the advantage of Xinhua as an official agency having a large amount of news and information, and that of China Mobile in terms of technology, advanced operation principles and strong infrastructure,” said Li Congjun, president of Xinhua News Agency.

According to the report, the venture gives China’s ruling party a new tool to try to control what the public sees online. Beijing promotes Web use for business and education but tries to block material deemed subversive or obscene. It aims to provide only quality and healthy products for Chinese netizens, while curbing the spread of illegal information such as pornography and violence. This may actually be one of the first steps the Chinese government is taking to tighten Internet control after the recent failed attempt of Chinese netizens to stage anti-government protests.

Although the online search market is highly competitive and several domestic and foreign players have taken their share, the market still has huge potential, according to Li, who is confident that the new search engine can grab a significant share from the massive 457 million Internet user base in the country. While it may be unlikely for Panguso to topple Baidu’s solid 72% market share, it won’t be too hard for the new search engine to catch up with the second biggest search engine, Google, which only holds 23%. With relentless support from the government, Panguso surely has an advantage.

Read next: Tumblr clone. Made in China.