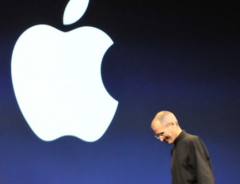 Tihar Prisons in Delhi, the largest correctional institution in South East Asia, jumps the social network bandwagon as it plans to engage the public using Facebook and Twitter in order to invite public opinion and improve transparency in its day-to-day functioning.

Nope, Tihar Prisons doesn’t intend to it for electronic shaming; in fact, it’s quite the opposite. Using Facebook and Twitter, it aims inform the public about its new plans, initiatives and also make the users aware about the existing activities being undertaken inside the prison premises. The correctional institution also invites public opinion and suggestions in order to improve its performance and also updates the masses about its day-to-day activities. As the most famous prison in the whole of Southeast Asian region, it aims to be a role model for prisons in other countries.

“We cannot succeed without the active participation and cooperation of the public and that is why we chose the e-platform way,” said Sunil Gupta, spokesperson and law officer of Tihar Jail.

Its main objective is to convert its inmates into productive members of the society by providing them with useful skills, education and rules, meant to improve their self-esteem and strengthen their desire to advance in life. Items manufactured by the inmates bear the brand Tihar, which is very popular among people in Delhi.

Another huge step for India.