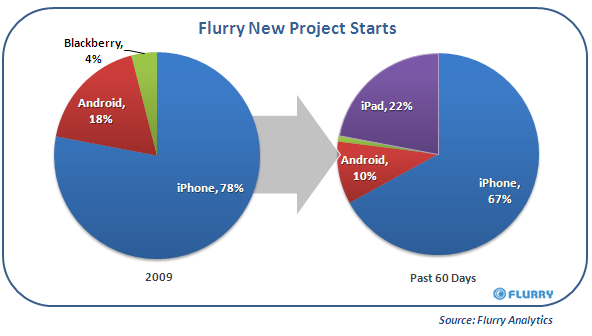 Within a year, Rebate Networks has created a portfolio of daily deals firms in all the major Southeast Asian markets, from the Philippines to Vietnam. This probably gives it the widest reach in Southeast Asia’s daily deals space.

Rebate Networks also has stakes in China’s Lashou.com and a Japanese deals site called Piku.jp. Lashou is reportedly one of the five Chinese deals sites that has had private meetings with Groupon recently.

We know that Rebate Networks put US$2 million in Thailand’s Ensogo and US$1 million in Dealguru, which runs daily deals sites in Singapore and Malaysia. Deals sites are mushrooming across the region. Singapore has approximately five deals sites, Thailand three, Indonesia  two and Malaysia has three. Alldealsasia, a Singapore-based company, is a deal aggregator site for Southeast Asia.

So we wanted to find out more about Rebate Networks. Is it setting itself up for a big exit by buying Asian market-leaders and then offloading them to an acquisition-hungry Groupon? What is a German fund’s interest in Southeast Asia? We managed to track down Michael Brehm, Rebate Networks’ managing director, after a few rounds of email ping-pong.

TNW Asia: Give us a brief history of Rebate networks.

Brehm: We founded Rebate Networks at the beginning of 2010. We saw great potential in the business model of daily deal sites and wanted to extend the model around the globe. This has the benefit of sharing experiences between our companies, improving customer experience each time a new website is launched or a new product is introduced.

TNW Asia: What do you look for in a potential investment which makes it stand out from the rest of  a crowded market?

Brehm: There are different key elements that I look at for different potential investments. What remains a common trait is the company’s team. The team must be experienced, have good staff supporting them, and must be motivated and energetic. There are thousands of  daily deal sites out there and most of them won’t last long, at the end it is the people that drive a company, not simply a business model.

TNW Asia: What’s the size of Rebate Networks’ fund? Are there any other investors in this fund?

Brehm: We have two institutional investors and are well funded. So far, we have invested into or co-founded 15 different companies that are present in 25 countries.

TNW Asia: What is Rebate Network’s exit strategy for these investments?

Brehm: Right now we are only focused on building great and long-term sustainable companies. We are not thinking about an exit at the moment.

TNW Asia: You have invested in Japan, Singapore, Malaysia, China, Thailand and Indonesia. Have we missed any other markets you’re in?

Brehm: We are also present in the Philippines via www.Ensogo.com and in Vietnam via www.NhomMua.com. Apart from that we are also running businesses in Europe and South America but we aren’t limited to these markets.

We focus exclusively on the www.deal.com.sg business model and in most of the countries we are present, there are between 20 to a few hundred similar platforms. This is the most competitive project we have been involved in, so we put all of our energy and focus into it.

We believe that all companies but one or two per market will disappear within the next 6 to 12 months. Barriers to enter are zero but barriers to scale are very high. You need a lot of cash and very good teams. For example, in Germany there were about 20 group purchasing companies, several of them backed by huge companies. Now there are only 2 left, one of them is our www.dailydeal.de. 18 disappeared or are about to close down and lost a lot of money.

TNW Asia: What is motivating your investments of this type in Asia?

Brehm: 1996 was my first time in China and later I went to many other Asian countries. Since then I have admired the different Asian cultures all of them having a very strong socialising factor. Daily deal sites offer a way for these cultures to leverage advantages of purchasing in groups and especially for adventure seekers, to discover their city with friends and family. Furthermore discounts in general seem to work really well in Asian countries.

I have always been interested in doing business in Asia and see a huge potential in the whole internet startup landscape here. Being able to combine my interest and experience as an internet entrepreneur with a business model that matches market needs is a great opportunity that I just had to take.

TNW Asia: In a span of 10 months, you have invested in about six deal sites in Asia. Which country do you find has the most traction?

Brehm: Luckily we have a number one position in nearly all the markets we are active in. Thus, in relative terms, all sites are doing very well. In absolute terms, of course, China and Japan are by far the biggest markets.

TNW Asia: Do you have any advice for investors or start-ups looking to enter the Chinese market?

Brehm: It’s a market full of great opportunities. Find the right people to support you. Things can change from region to region, so it is important to have a partner or colleague who understands the market and culture.

TNW Asia: What other countries are you looking at potentially investing?

Brehm: We are interested in any market that looks like it can provide an opportunity for young entrepreneurs and that is open for such a group purchasing platform.

TNW Asia: You also have investments in Europe, what differences do you see in the markets – have the sites in Europe adopted a different approach?

Brehm: The basic business model is the same, however, there are minor differences, for example the types of deals offered or the marketing channels used. Another example: In some countries where online purchases are relatively less common, our experience in ramping up our reputation is significantly different as opposed to those countries that are more inclined to online purchases.

TNW Asia: In countries such as Malaysia and Indonesia where the Internet penetration is low, how do the deal sites reach out to the consumers?

Brehm: We are testing many different kinds of marketing strategies and so far our well-balanced system of approaching the consumers online and offline is proving successful.

TNW Asia: How much of a factor is mobile, and the much heralded growth of the mobile web, in Asia on your investments and the sites themselves?

Brehm: Depending on where you are, mobile internet access can make or break your sales or customer acquisition. In some Asian countries the mobile web is a big part of our business model.

TNW Asia: Away from daily deals, what other investments do you run, or are you interested in, across Asia?

Brehm: At the moment, I am very focused on the daily deal sites in Asia. Given our experience and the pages we already have, I think this is also a very good opportunity for young entrepreneurs to learn a lot about internet startups. So, more than anything, we are strongly looking for talented Asian entrepreneurs, interested in working in the start-up sector.