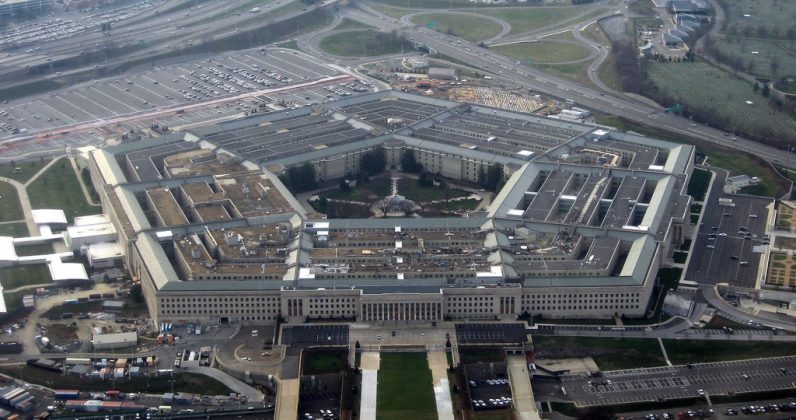 The company’s stocks hit a record intraday high on the back of the news, but shareholders may want to hold off before declaring victory. Amazon, the second-place runner up, is reportedly weighing its options and may take legal action to challenge the award.

Few imagined Microsoft winning the contract. Amazon Web Services (AWS) is generally considered the industry leader in cloud infrastructure, and was thus considered the frontrunner to win the bid. Google was an early favorite to compete with Amazon, but it dropped out citing employee outrage. Later it admitted it couldn’t get the necessary certifications in time to accept the contract were it to win, a problem that wasn’t unique to Google.

Oracle and other companies sued the government, claiming the bidding was unfairly designed to advantage Amazon. The suit claimed that the contract had arbitrary limitations that ruled out almost every other company.

When the Government Accountability Office (GAO) and a federal court rejected the lawsuit, it looked like AWS would be the Pentagon’s single-cloud service provider in short order.

And then US President Donald Trump got involved.

Amazon CEO Jeff Bezos also owns the Washington Post. President Trump‘s animosity towards the Post, an outlet he’s referred to dozens of times as “the enemy of the people,” and a “lobbying organization for Amazon” is well-documented.

A couple of months ago reports circulated that Trump was considering forcing the Pentagon to scrap Project JEDI and come up with a different plan – one that didn’t involve Amazon winning the bid.

Guy Snodgrass, an aide who worked with former Secretary of Defense James Mattis, makes this claim in his soon-to-be-released tell-all “Holding The Line: Inside Trump‘s Pentagon with Secretary Mattis.” Per a report from Task & Purpose writer Paul Szoldra, who obtained a pre-release copy, Mattis himself claimed that president Trump told him to “screw Amazon” out of the deal. Snodgrass writes that Mattis refused the order and said he’d run the bidding process ethically.

Mattis was subsequently ousted from the administration and, evidently, that paved the way for the Pentagon to turn the JEDI tide in Microsoft‘s favor.

It’s unlikely Amazon will cite the president’s personal beef with Bezos in its legal dispute – it’d have to get in a very long line to accuse the president of yet another conflict of interest. Instead, the smart money says Amazon will make the case that AWS is uniquely suited to support the government’s needs. It probably won’t force the Pentagon to back-track, but the stink surrounding the president’s involvement may be enough to turn the whole fiasco into a political circus. And that could work in Amazon’s favor.

Chances are we’ll see Amazon and at least few other companies file suit by the end of the week in hopes of stalling the contract.

We reached out to Amazon, Microsoft, and the Pentagon for comment but didn’t receive an immediate response.