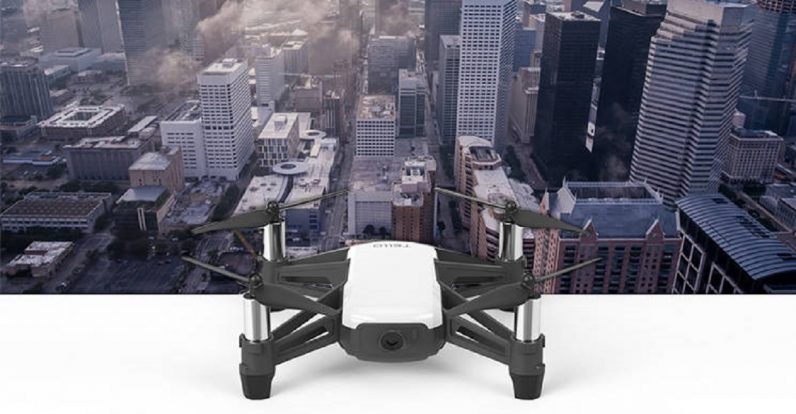 IBM‘s Developer Drone Drop 2019 contest is officially underway. Now through June 16 the company will give away 1,500 drones to developers who enter. Why is IBM giving away free drones? It hopes you’ll use them to deliver AI-powered solutions to the problems caused by natural disasters.

The contest officially started last week, but there’s plenty of time to sign up. You don’t have to be an expert or have any code built already to enter – the winners will be selected at random, not by judges. Winners will receive more than just a robot, according to IBM:

The DJI Tello drone is more than just a cool prize. We’ll give you code patterns to unlock its potential, and introduce you to new skills around visual recognition, AI and machine learning.

The giveaway comes courtesy of IBM‘s Code and Response, a new initiative this year from the company that aims to empower developers with the resources and support to implement original technology-based solutions to humanity’s open problems. Inspiring developers who, otherwise, might not have access to IBM‘s resources and mentors is a strategy that’s already paying off for the company.

TNW spoke to IBM Code and Response CTO Daniel Krook to ask why IBM was giving away drones for the second year in a row. He told us:

Who doesn’t like free drones? It’s about inspiring people … it’s not just altruism on IBM‘s part, we believe this technology can help humanity and IBM is a part of humanity.

One of last year’s hackathon winners, Pedro Cruz, developed his drone-based disaster relief tech after experiencing the devastation of Puerto Rico by hurricanes Irma and Maria.

Cruz told TNW his inspiration for his project, which uses computer vision and drones to look for survivors and pattern recognition to help them get the specific kind of help they need, came from his experience in the wake of Hurricane Maria.

The phones weren’t working, I had no signal … the streets were full of debris, there were power lines down all over. I knew I wasn’t supposed to go out, but I had to know my mother and my grandmother were safe… Luckily I was able to get to my parents without much trouble, but I couldn’t get to my grandmother’s place. Thankfully, I had my drone with me.

Cruz confirmed his grandmother was okay using his drone and, eventually, was inspired to develop a more robust AI-based drone solution to scouting for survivors of disasters with IBM. He’s now an employee of the company who continues to develop these solutions in the hopes of mitigating the effects of natural disasters.

If you’re interested in getting involved, head over to IBM‘s contest page where you’ll sign up for your free IBM cloud account and submit your entry to win a DJI Tello drone. The contest is open to developers in the US, Canada, Spain, and the UK.