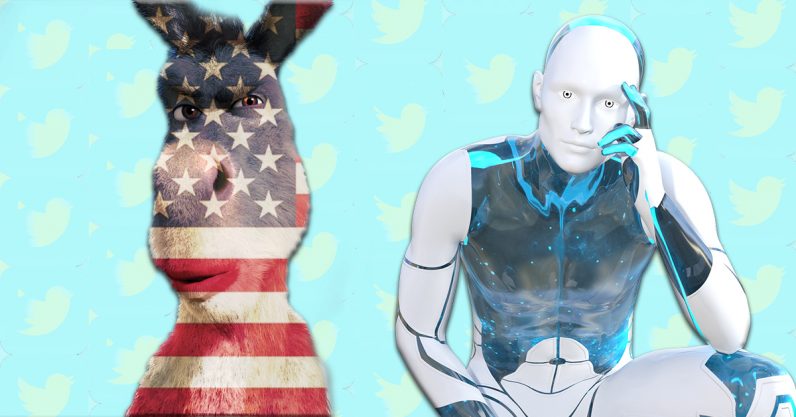 In the era of Trumpian politics the public forum is no longer the evening news or the morning paper: it’s Twitter. We decided to see which politicians were embracing the platform to discuss what we feel will be one of the most important issues of their potential presidency: artificial intelligence. What we found wasn’t good.

We gathered a list of every AI-related tweet 2020 Democratic hopefuls sent over the past 12 months. Our expectation was that there’d be a few thousand or so, and we’d spend the better part of the week parsing the information for insights. Turns out it wasn’t that hard.

In total, the 27 Democrats we obtained data on have sent only 126 tweets since April 24, 2018 containing the phrases “artificial intelligence,” “machine learning,” “robot,” or “robotics.” Here’s the list of people who’ve sent any tweets meeting that criteria, and the number sent:

And here’s the rest:

Andrew Yang tops the list because of course Andrew Yang tops the list. Among presidential candidates in the modern political era he has what’s arguably the most comprehensively detailed platform of all. He’s most popular for his ideas on universal basic income – but those are tied to his insight into automation and AI. If you’re judging on tweets about AI, he’s your guy.

We are in the midst of the 4th Industrial Revolution. The 1st was mechanization and steam. The 2nd was industrial production and factories. The 3rd was the Internet and digitization. AI and robotics will make this one the most dramatic and disruptive.

Next on the list is John Delaney who comes in second with 37 tweets. A silver medal isn’t good enough. Sir, you’re the leader of the House AI Caucus: you can do better.

My campaign is focused on the future. That’s why I’m calling for a National AI Strategy to make sure that technology creates jobs and improves our lives, instead of doing the opposite. https://t.co/ENzxN378G3

And then the candidates fall off a cliff into an uncanny valley they never saw coming. Some of them (Seth Moulton) get credit for a single tweet that mentions the word “robot,” but has nothing to do with the topic (sick burn though).

Robots? The ability to tell the truth is not superhuman. 🤖 https://t.co/cknrsaznAu

Amy Klobuchar appears to be the only female candidate who’s tweeted about AI (loosely) at all in the last year.

This is a great story about robotics training and creating multiple paths to success in Minnesota. https://t.co/lPhJWsQXmY

This data is potentially worrisome for those hoping democrats will take AI more seriously than the current administration if they can get into office. Artificial intelligence, like electricity and the internet, is a backbone technology that’s already of the utmost importance to our country.

We’re not saying that candidates who don’t tweet about AI don’t care about it, far from it. Most of the candidates, at some point or another, have already addressed AI or automation.

Bernie Sanders, for example, talked about artificial intelligence when he officially announced his candidacy, prompting Axios’ Kaveh Wadell to call him an “AI Candidate.”

What we’re pointing out is that Twitter is one of many political battle grounds Democrats will have to win. And, as any Hillary Clinton supporter will tell you, it’s foolish to underestimate the power of social media.

If media hype and Amazon Echo sales have taught us anything, it’s that the general public is aware of artificial intelligence and ready to hear more. Yang and Delaney are the only ones talking where a large portion of politically-minded people are listening.

Read next: Why shadow IT is the next looming cybersecurity threat