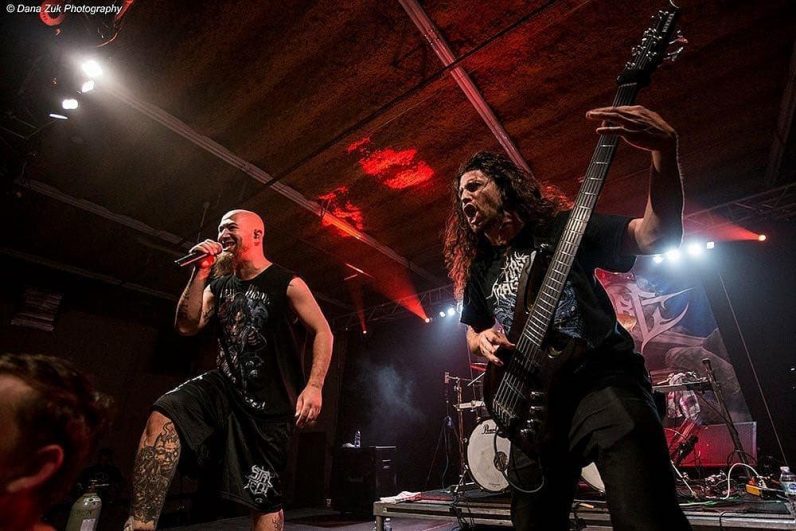 Puzzlomaly is a death metal album that sounds like others from the genre: it’s filled with screeching vocals, bludgeoning beats and dizzying guitar solos. However, the record – which you can listen to on Bandcamp or in the widget below – wasn’t produced by actual musicians.

Rather, it was synthesized by a pair of technologists, CJ Carr and Zack Zukowski, using a deep learning algorithm they created. It listened to an actual record — Psyopus’ Ideas of Reference in this case — 29 times over several days before recreating an approximated version that captures the musical elements of the original.

The results are not wholly human. The vocals are distorted, the rhythm is way too aggressive, even by metal standards, and there is no pause for a breather. But for a casual, untrained listener of metal music like me, the music is pretty convincing.

The duo, after releasing 10 different albums so far, have now taken the next step of launching their own YouTube channel that livestreams AI-generated death metal nonstop. The music has been trained using tracks produced by death metal band Archspire (pictured above).

Carr and Zukowski previously detailed their approach to Dadabots, the deep learning software, in a 2017 paper, stating, “While we set out to achieve a realistic recreation of the original data, we were delighted by the aesthetic merit of its imperfections.”

AI and machine learning models have already been used as a medium to generate convincing imitations of art. Late last October, a computer generated portrait called Portrait of Edmond Belamy was sold at Christie’s auction for a record $432,500, nearly 45 times its high estimate.

Taken in this context, using these technologies to compose music only seems like a natural evolution. And a pretty convincing example at that.

Read next: PoweredTemplate elevates your PowerPoint and Google Slides game — and it's 90% off