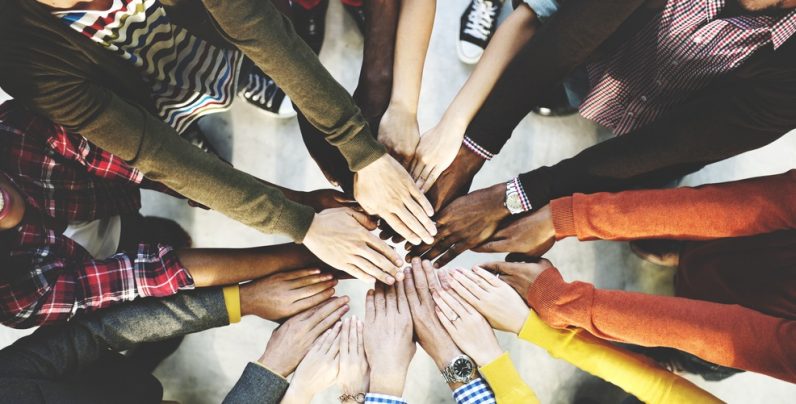 Lin Classon, Director of Public Cloud Product at managed cloud provider Ensono and former Googler, has spent her entire career attending technology conferences – places where, unlike the public restrooms at most events, women tend to have the toilet all to themselves. The reason? Only about 25 percent of the speakers and audience of the average tech conference are female.

That the science, technology, engineering, and mathematics fields have a problem with discrimination, harassment, and inequality towards women is a well-documented and almost universally known fact. But in the field of AI, where a lack of representation directly leads to the development of inherently biased algorithms and systems, the effects are exacerbated. For the sake of all humans, we need to start being better allies for females working in machine learning — and in general.

By-and-large, most of us want to believe we’re decent people, good friends, solid employees (or employers, as the case may be), and allies for our fellow team members. But what does that mean? It’s fairly easy to avoid intentionally discriminating against people – making it all the more disgusting when people do it. Unintentional discrimination, however, is a persistent problem that we don’t seem to have an answer for.

I spoke with Classon after I, a male technology journalist, published commentary she’d provided for an article and I misgendered her as a he. It was an honest mistake, but felt like I needed to understand the problem better. So I apologized, fixed the mistake, and asked if we could talk, on the record, in order for me and other well-intentioned people who want to be allies in the fight to learn from our mistakes.

When I asked her what we (men) can do to better support the women on our teams at work and in school, especially when it concerns things that not everyone may recognize as problematic, Classon said:

First off, thank you for asking that question. It’s important that people understand the problem and are willing to ask questions and communicate. I think that’s the first thing we need to be doing.

Asking questions is important, but listening to the answers is even more so. Rather than expecting men to become cheerleaders or white knights in the fight against gender discrimination, Classon thinks we should get informed. Her first question, when she began researching the problem, was:

How can we bring data into this conversation?

To that end she and Ensono’s CMO, Lisa Agono, decided to do their due diligence and conducted a study on technology conferences to determine what kind of representation there really was for women in tech. The results were perfectly predictable: the odds of a keynote speaker being female are about 3-1 regardless of the size of the conference. Classon told me:

And that’s just the average of about 25 percent. In reality, many conferences have no women speakers.

In the Ensono report, Agono says progress has been made, but not enough:

As this report lays bare, tech conferences in the U.S. and abroad indeed have become more inclusive for women, but still are still a far cry from what we believe they can be: Wholly representative, comfortable spaces that are as accommodating to women as they are to men.

Having the data is one thing. Putting it to use is another. If you run a conference, there’s an easy way you can help: make sure your event has a code of conduct that prohibits sexual harassment and other unwanted behavior toward women — then follow up with strict adherence when someone reports an infraction. If you’re a CEO, HR team member, or the boss you can also make an immediate impact, and not just in your workplace. According to Agono:

And while it is clear the organizers of these events have the opportunity to make a difference in the way that they curate keynote speakers, populate panels and promote equality, there is another equally important element in achieving better representation for women at tech conferences. Businesses themselves can be far more vigilant when deciding who will represent them.

But what about those of us who don’t have hiring/firing power? How can the everyday co-worker or colleagues in the field be a better ally? I asked Classon this question and she told me it was important to remember that “diversity is important, but so is inclusion.” That’s why one of her biggest suggestions is to ask our employers to conduct high-quality workshops on unconscious bias.

It’s easy to make a mistake, everyone does it. How you handle it and what you learn from it is important. It doesn’t matter, for example, that I misgendered Classon on accident – I was thinking Lin, as in famous playwright Lin Manuel – because it wasn’t my intent that was harmful, it was my actions. Giving credit where, when, and to whom it’s due is part of my job and I flubbed it.

When this happens it’s important to apologize, ask questions, and then listen and integrate the new information. After all, we want more women in STEM – and especially in the field of AI. As Classon puts it:

People underestimate how powerful it is to see yourself represented in these things. We need more women in AI now, because girls need to see themselves in the field.

Being a better ally means owning your mistakes and embracing both diversity and inclusion. We’re all on the same team, it’s up to each of us to make sure our teammates aren’t fighting alone to overcome the systemic bias and discrimination against women we’ve allowed to permeate our society.

Read next: BlackBerry Messenger is shutting down after nearly 14 years (unless you pay)