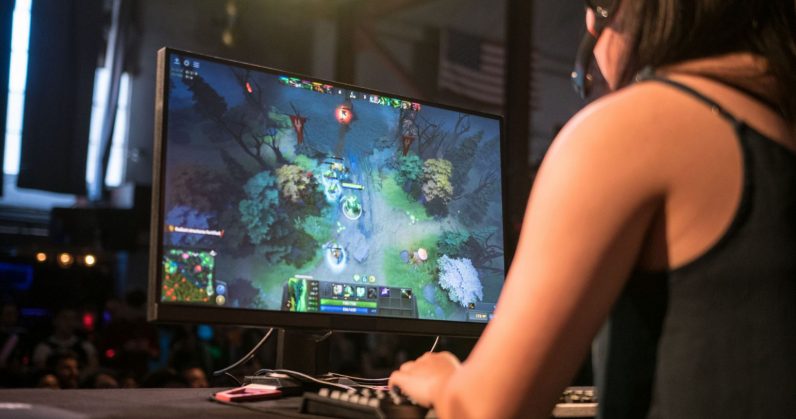 Over the past few years, artificial intelligence research firm OpenAI has been hard at work training its bots to play a range of games like Chess, Go, and more complex ones like Dota 2. It’s gotten awfully good at all of them, and if you’ve got MOBA chops, you can now test your skills against its AI system in a round of Dota 2.

The company’s Five – a team of neural networks that have been trained on a collective 45,000 years of Dota 2 gameplay – just defeated a world champion e-sports team called Team OG in San Francisco last week.

That represents a monumental achievement in designing a system that can upskill itself with a technique called deep reinforcement learning, wherein a bot isn’t taught how to play, but rather how to learn to master the game by figuring out which of its actions bring rewards. The long-term goal is to better understand these systems and apply them to other fields, like robotics.

Special announcement: we’re inviting the entire Internet to play OpenAI Five (whether as a competitor or teammate) at once.

Sign up today! Very excited to see what we learn from observing OpenAI Five in the wild. pic.twitter.com/TaMhxdgVIt

The Verge reports that the team behind OpenAI Five is wrapping up public demonstrations of the system’s capabilities, and is moving on to building software to allow humans to collaborate with the neural networks in the game. But before that, it’s opening up a platform called Arena to let you take on Five later this week.

If you want to test your Dota 2 skills, you’ll need to free up some time starting April 18 at 9PM ET/6PM PT; Arena will be open for three days, and you’ll have to register here with a Steam account to participate. You can choose from competitive 5-on-5, co-op with friends, and single player co-op modes. If you want to stand a chance at taking Five down, you’d better start practicing right away.

Read next: How China's new highway for self-driving cars will boost its AV ambitions