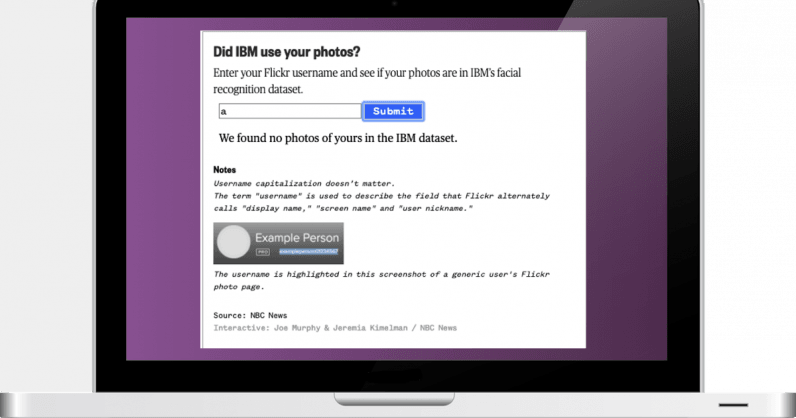 In January, IBM published a research study dubbed ‘Diversity in Faces‘ to explore whether AI-based systems developed biases against people based on their appearance. The company used a dataset consisting of nearly a million pictures of people’s faces from photo-hosting site Flickr. However, it failed to notify those Flickr users that it was using their pictures to train an AI – and you could be one of them.

NBC, which broke the story, has developed a tool to check if IBM has used your Flickr photos.

While IBM said that Flickr users or subjects can opt-out of the research, NBC’s report suggests it’s extremely hard. The aforementioned tool will help you to check if IBM used your photos, but you’ll still have to provide it individual links of the photos to get them removed.  That’s a shitty way to handle user data for research. Hopefully, the company makes it the opt-out process easier.

Read next: Work toward a promising big data career with this $35 course bundle