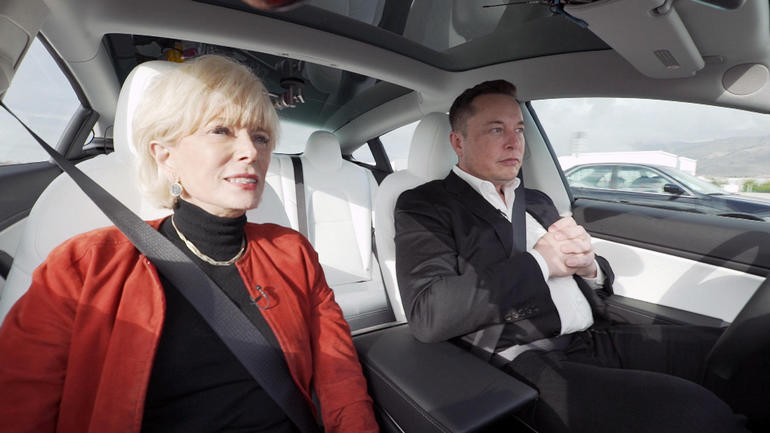 Elon Musk sent a clear message on Sunday when he took his hands off the steering wheel of a Tesla Model 3 during a TV interview: he doesn’t care if his customers die or kill other people with their cars.

60 Minutes‘ Leslie Stahl interviewed the self-beleaguered billionaire in an extended feature on the CBS program. Musk was his usual candid, intelligent self through the entire segment. Everything appeared to be going well until he decided it was time to show off the Tesla Model 3’s driver-assisted Autopilot feature.

As CBS reports, the following exchange occurred during the interview:

Autopilot, for those who are unaware, is an AI-powered driving aid that’s built into many Tesla vehicle models. It can maintain the car’s speed, keep it in between the lines of a driving lane, change lanes, and maintain a safe distance from vehicles traveling ahead.

It’s truly a marvel and a clear sign that Tesla‘s engineers and developers are world-class automakers who use AI in amazing ways to make the human driving experience safer, smarter, and better for the environment.

What those engineers and developers have absolutely not done is develop a car that can safely drive itself. And that means, under no circumstances, should the human driving the car take their hands off the wheel.

The car’s manual reminds Tesla drivers that Autopilot is a driver assistance tool, not a replacement, and that they retain responsibility for driving safely. (The big center screen conveys the same message when you engage Autopilot for the first time.)

Don’t take the media’s word for it though. Here’s an excerpt from the official Tesla statement following a fatal crash where it was found the driver did not have their hands on the wheel:

In the moments before the collision, which occurred at 9:27 a.m. on Friday, March 23rd, Autopilot was engaged with the adaptive cruise control follow-distance set to minimum. The driver had received several visual and one audible hands-on warning earlier in the drive and the driver’s hands were not detected on the wheel for six seconds prior to the collision. The driver had about five seconds and 150 meters of unobstructed view of the concrete divider with the crushed crash attenuator, but the vehicle logs show that no action was taken.

It’s clear based on Tesla’s statements (and those of the US Department of Transportation) that the driver was at fault in this accident. They should have been paying attention to the road with their hands on the wheel.

Clearly, Tesla’s Autopilot is constantly updated to become more robust and safer, so the problem has nothing to do with how safe the car is. Tesla says its cars are the safest on the road, and we’re willing to believe that. But, those safety features don’t matter if you abuse or misuse them.

Elon told the entire 60 Minutes audience – millions of people – with his actions that he believes Autopilot is good enough to drive without putting your hands on the wheel. And if it’s good enough for a billionaire technology genius, who are any of us to question that?

People have died because they drove a Tesla with Autopilot engaged, took their hands off the wheel, and stopped paying attention.

It’s despicable that Musk can’t seem to be honest and set reasonable expectations for what his cars can (and can’t) do. And that’s a shame because his company makes some of the finest automobiles in the world and the insipidly-named Autopilot is actually an amazing driver-assistance tool.

But Autopilot is not an autopilot system, Tesla’s cars absolutely cannot drive themselves safely, and only an idiot ignores safe driving protocol while distracted by a reporter in a car traveling at nearly 100 kmh (60 MPH).

Read next: Moment's OnePlus 6 cases turn it into a mini DSLR