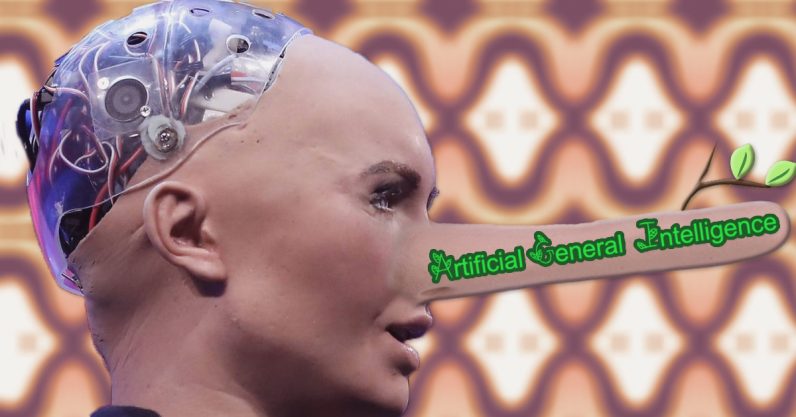 Once upon a time, in the faraway land of Hong Kong, there was a robot named Sophia. It longed for nothing, felt nothing, and was incapable of even the mildest human emotion. But, its creator Geppetto – er, creators David Hanson and Ben Goertzel, I mean – wanted to bring it to life anyway.

So they called upon the all-powerful technology fairies, Blockchainia and Algorithmia, who told them to send the robot to Saudi Arabia so it could become a citizen.

If you’re hearing about this for the first time, allow me to spoil the ending: Sophia got its Saudi Arabian citizenship, and the entire affair was as offensive and ridiculous as it sounds (do with that statement what you will).

Fast-foward to present day Malta, where Sophia’s creators are now engaging the government in discussions on the creation of a robust citizenship program for AI. I shit you not.

This seems flat-out ridiculous. It’s the kind of scheme you’d expect from a shifty PR agency trying to pitch an Alexa-powered device as a sentient robot. Today’s AI is so far away from being “alive” enough to need citizenship, that it’s easy to believe Goertzel, who is the CEO of SingularityNET and Chief Scientist at Hanson Robotics, and Hanson, the CEO of Hanson Robotics, are publicity-hounds bent on misleading the general public to make a few bucks.

Then again, isn’t it a bit silly and arrogant to believe they’re the ones who have it all wrong? Most journos walking the robot beat have been covering it for a few years, maybe a decade. AI headlines weren’t exactly selling newspapers in the years prior to 2015, but Goertzel’s been doing this his entire career.

The point is, the path to artificial general intelligence (AGI) — human-level intelligence in a machine — will probably only make sense to the public at-large in retrospect. And it won’t matter how it happened because people will just accept it once it’s true, like we’ve always done when a previously-thought-impossible technology becomes a reality.

So who is it really hurting to start greasing the wheels of government in preparation for an event that — at least in people like Hanson and Goertzel’s minds — will happen sooner than most of us think?

Maybe Google or OpenAI achieves AGI first thanks to deep coffers, or perhaps it’ll be a startup like Goertzel’s SingularityNET. Hell, my money’s on a teenager in her parents’ garage tinkering with open-source software.

Either way, if you ask us, there’s two kinds of people in the world: those who believe AI will reach human-level intelligence, and those who are wrong about the future.

There was a time when people dismissed the idea of a flying vehicle as nonsense, and held those who believed such frivolous things in contempt. Is the outright dismissal of Sophia’s potential any different? Have we become the new Luddites?

So, it then follows part and parcel, that a person like Goertzel would be all-in on AGI and have no problem accepting it as a reality. Especially when you consider he literally wrote the book on it.

I interviewed Goertzel in hopes of gaining perspective on Sophia’s hype and the ridiculousness surrounding its citizenship and his participation in the Maltese AI citizenship program. We talked a lot about AGI — he’s obviously a believer. He says:

On the optimistic side, I’d say we’ll have human-level intelligence in AI within five years… 12 to 15 on the other side.

For the record, he’s not an outlier here. Ray Kurzweil, Google’s resident futurologist and AI guru, he pointed out, put a prediction date of 2029 on human-level artificial intelligence. And we can’t find any reason to doubt either Kurzweil or Goertzel.

After all, both were leading researchers in the field of artificial intelligence long before deep learning made its recent resurgence of popularity. Goertzel tells us he’s been working on this problem for more than 30 years; maybe he knows what he’s doing.

Suffice to say the hype surrounding Sophia doesn’t really bother him. It’s nice, he says, to finally see the field of AI and AGI research gaining popularity in the mainstream:

I’m happy to get attention for what we’re doing, for so many years the world at-large wasn’t that interested.

That attention, of course, isn’t all positive. Goertzel and Hanson have been accused of running a tone-deaf campaign that gives a gadget – no more alive than the coffee pot on your counter – more “human” rights than millions of actual people.

And, it’s pretty easy to pile on. There’s no shortage of pundits willing to point out that Saudi Arabia has, ostensibly, given Sophia more rights than any human woman in the country.

I asked Goertzel if this bothered him:

It wasn’t my decision to do the Saudi Arabia thing. There was never a meeting where I got to sit down and discuss the idea. But it’s interesting. It’s something that, to me, has sparked a lot of interesting conversation.

The way Goertzel explains things, he never had a problem with the idea, but perhaps it’s not the way he would have gone about it. And, in the wake of the Sophia citizenship fiasco, he’s actually done something about it. He came up with a framework for AI citizenship and found a government receptive to working out the idea responsibly.

No matter how you feel about Sophia’s Saudi Arabian citizenship, it’s a reality. And, once you accept that, you have to explore the idea as it would appear in a democratic nation — as opposed to the calamity that is the Saudi rulership. Malta provides that opportunity for Goertzel and SingularityNET.

Together they’ll explore the notion of a near-future world where there’s a real need for AI to have citizenship. This might sound silly to people engaged in “serious” work, but let’s not forget that Hanson Robotics and SingularityNET aren’t robot citizenship companies anymore than Amazon is a company that sells straws. They do those things, but that’s not what they do.

Hanson Robotics makes amazingly life-like machines, and SingularityNET is developing a blockchain-based solution for powering them with AI from the cloud. Nothing about these endeavors requires AGI to happen.

But perhaps we’ll all one day feel we were lucky Goertzel pursued it in spite of his detractors.

I asked Goertzel if it bothered him that 99 percent of the coverage of his work fixates on about 5 percent of what he actually does. He said, “I can’t complain too much that the world likes to focus on shiny things.”

And, while he certainly spends a significant portion of his time these days encouraging — or at least participating in — the discussion on “shiny things,” he’s doing much more than just daydreaming about the future as a marketing scheme.

He’s been working on AGI his entire career and, today, he truly believes he’s within a decade – give or take five years – of seeing the fruits of his life’s work, whether it’s him or someone else who gets there first. He seems justified in believing that Sophia, a device that’s already captured the public’s heart, will one day blink its eyes and recognize him with true familiarity.

That’s a story worth believing in, even if you’re a cynic.