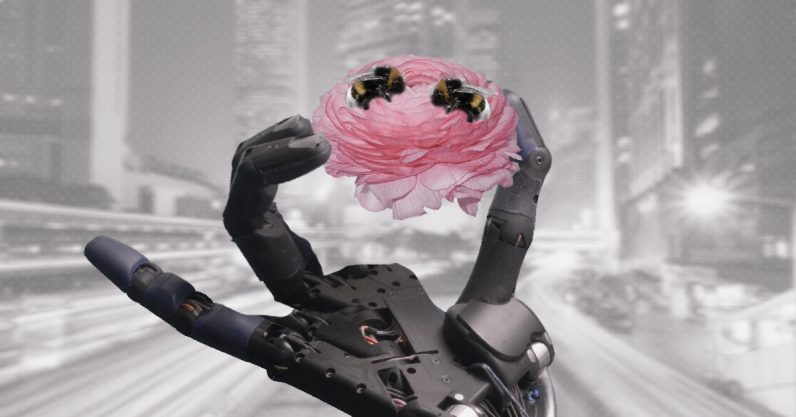 For the ongoing series, Code Word, we’re exploring if — and how — technology can protect people against sexual assault and harassment, and how it can help and support survivors. You can read other articles in the series here.

The future of sex work, despite what you may have heard from frantic journalists decrying the death of human interaction, is not robots. It’s humans. But those humans, and their clients, will rely on AI for their safety. Well, the lucky ones will.

It’s difficult to put the global plight of sex workers in perspective. A large portion of “research” into the subject is conducted halfheartedly, often with complete disregard for the scientific method, and little or no input from actual sex workers.

Imagine a study of the alcohol industry which interviewed not a single brewer, wine expert, liquor store owner or drinker, but instead relied solely on the statements of ATF agents, dry-county politicians and members of Alcoholics Anonymous and Mothers Against Drunk Driving. Or how about a report on restaurants which treated the opinions of failed hot dog stand operators as the basis for broad statements about every kind of food business from convenience stores to food trucks to McDonald’s to five-star restaurants?

Simply put: even those who mean well are often operating with bullshit information when it comes to figuring out how to help sex workers. But, the arrival of AI is changing the prognosis.

And, just like science spent decades piddling with ideas to solve the personal transportation crisis before an entrepreneur named Travis Kalanick came along and offered the right solution at the right time, we believe sex workers are just waiting for the right startup to solve their problems too.

In the following quote from the team’s research paper, “Autonomous vehicles and the future of urban tourism,” the acronym “SCAV” refers to a business-operated driverless vehicle, while “CAV” refers to a privately owned one:

While SCAVs will likely be monitored to deter passengers having sex or using drugs in them, and to prevent violence, such surveillance may be rapidly overcome, disabled or removed. Moreover, personal CAVs will likely be immune from such surveillance. Such private CAVs may also be put to commercial use, as it is just a small leap to imagine Amsterdam’s Red Light District ‘on the move.’

This may sound like a far-off future, but in places where prostitution is legal this could be the norm within a few years – a decade, tops.

One reason why, is because they could provide a safe place for people to be alone in public. The current paradigm for sex work typically involves one of six models:

These are all problematic, in some way, for either the client or the sex worker. In countries where sex work is legal, it’s still typically a crime to perform sex acts in public and in vehicles. And there are obvious reasons why sex workers shouldn’t visit client’s homes under most circumstances, or allow them to visit their’s. Furthermore, for clients who value their privacy, being caught at a brothel may be a risk they’re unwilling to take.

Driverless cars provide a solution. If humans aren’t necessary for the operation of the vehicle, it shouldn’t matter what they’re doing inside. This, of course, conjures up images of hundreds of cars with blackened-windows screaming up and down the Autobahn as people endeavor to become members of the 300 km/h club, but I digress.

Ultimately, both the non-participating public and those engaging in sex work could benefit from a paradigm that keeps prostitutes out of seedy motels and off the sidewalks by putting them on the streets, inside warm cars full of security features and snacks.

It may sound like a shocking idea to pearl clutchers and bible thumpers, but the fact of the matter is that there’s more than 40 million sex workers worldwide. And unless you believe they only serve one or two clients a piece – and you’d be silly if you did – we’re talking about hundreds of millions, if not billions, of people who this effects.

It’s also an untapped market for AI developers. Someone will get rich coming up with a security suite for sex workers then marrying it with a fleet of autonomous luxury shuttles. Mark my words, it’s only a matter of time.

And that’s because, time and again throughout history, social taboos have risen as a fear-based response to new phenomena. Those same taboos have subsequently disappeared as science and engineering created solutions with more efficacy than simply scaring people.

Here’s an example: imagine trying to explain what Uber is to someone from the year 1998.

It’s basically a service where people drive around picking up strangers, right? But, in the 1990s, picking up hitchhikers was not only illegal in most areas (in the US anyway), but considered incredibly dangerous.

But, you’d surely explain, advances in technology have made it possible for people to share their rides safely and easily. And today, anyone saying they won’t use Uber or Lyft because “it’s not safe” is being demonstrably thick-headed.

Statistically speaking, hitchhikers were never that dangerous either – violent incidents were an obvious anomaly considering the sheer popularity of hitchhiking from the 1960s – 1990s. And the same could be said for sex workers, only their popularity precedes recorded history.

But, where Uber is merely an app that connects people, sex workers need more. It’s easy to imagine a world where a sex worker starts his or her work day by summoning their office/bedroom vehicle to come and pick them up. Once inside they could preview clients, check statistics, and view their own health information.

Once a client orders a pickup, the vehicle could locate and onboard them. Its AI could use internal biometrics software (and employee feedback through an app) to ensure they weren’t banned, blocked, or on a platform-wide timeout. Or whatever, a UI expert and an engineer could figure it out with input from the sex worker community.

During the “transaction” both parties could even be monitored in real-time, but not by video. Recording the act would violate the privacy of the worker and the client, but AI doesn’t need to see what’s happening to know what’s going on. Here’s just a few examples of tech that could be adapted to provide safety without losing anonymity (unless necessary)

So we already have the technology to monitor brainwaves, pulse rate, respiration, and stress levels with AI. It certainly wouldn’t present much difficulty for an engineer to put the necessary hardware and software in a car to make it detect if things were going wrong between the sex worker and the client. Arguably, the only hard part here is waiting for autonomous vehicle technology to completely lift off.

Outside of the vehicle, AI could serve as a companion for sex workers. Not the kind you tell about your day, but the kind you talk to about your mental and physical health symptoms so it can manage your appointments. The kind that tracks you via GPS and is monitored by a system built from the ground up for the purpose of keeping sex workers and their clients safe.

Whoever comes up with a safer, simpler way for people in the sex industry to be their own bosses and for clients to get what they want in a clean, user-friendly environment will probably make a few bucks.

After all, the only thing you get with an Uber ride is a free water and polite conversation – and that company is worth nearly $100 billion.

Read next: Prima Games to cease publishing its strategy guides after 28 years