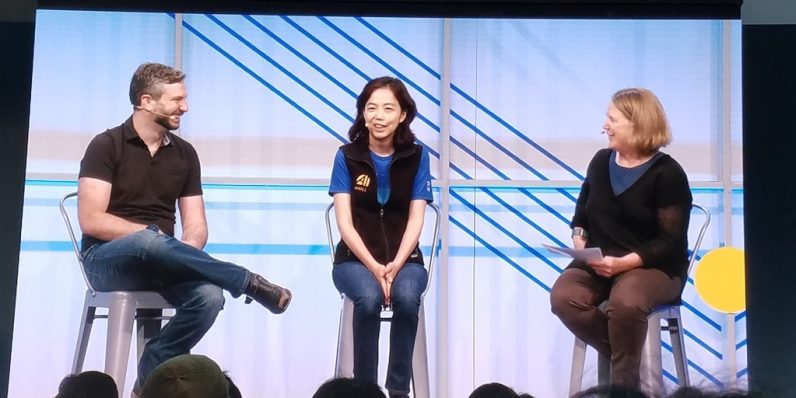 A Carnegie Mellon University (CMU) student newspaper yesterday reported that the dean of the school’s computer science department, Andrew Moore, was leaving the school for an unknown opportunity. As it turns out, it’s actually one he knows quite well: He’s returning to his former job as head of Google Cloud’s AI division.

The current head, Fei Fei Li, will return to her position as head of Stanford University’s AI department by the end of the year, reports Geek Wire’s Tom Krazit.

The turnover is remarkable not only for Lei’s short tenure at Google – she joined in January of 2017 – but for the rocky road Google Cloud has endured under her and CEO Diane Greene’s leadership.

Earlier this year the company became embroiled in an employee protest over its development of AI for the military under a program called Project Maven. Li was attached to the controversy when internal emails were made public which showed her awareness of the potential public outcry over the military program.

The Intercept printed excerpts from the leaked emails, including these comments attributed to Li:

This is red meat to the media to find all ways to damage Google. You probably heard Elon Musk and his comment about AI causing WW3. I don’t know what would happen if the media starts picking up a theme that Google is secretly building AI weapons or AI technologies to enable weapons for the Defense industry. Google Cloud has been building our theme on Democratizing AI in 2017, and Diane and I have been talking about Humanistic AI for enterprise. I’d be super careful to protect these very positive images.

For its part, Google says the move to replace Li with Moore was planned in advance. There’s nothing to indicate the controversy stemming from the company’s involvement with Project Maven has anything to do with Li’s departure.

Li is widely considered to be one of the most talented machine learning researchers in the world. It’s no surprise Google would choose Moore, who opened the company’s Pittsburgh office in 2006, to replace her. Few other candidates have his experience — and Carnegie Mellon’s computer science program is one of the finest among universities.

Google isn’t giving any specific dates for the turnover yet. We’ve reached out to the offices of Li and Moore for comment and will update this article if we get more information.

Read next: Google may announce two new Pixelbooks in October, including a Surface clone