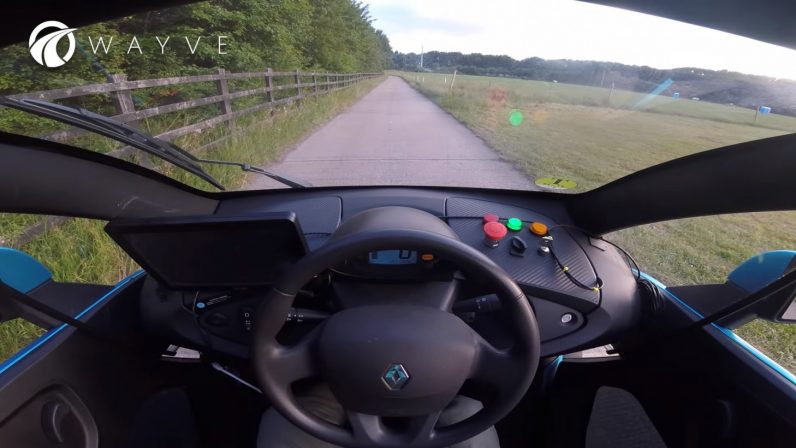 Researchers from Wayve, a company founded by a team from the Cambridge University engineering department, have developed a neural network sophisticated enough to learn how to drive a car in 15 to 20 minutes using nothing but a computer and a single camera.

Start your engines: The company showed off its robust deep learning methods last week in a company blog post showcasing the no-frills approach to driverless car development. Where companies like Waymo and Uber are relying on a variety of sensors and custom-built hardware, Wayve is creating the world’s first autonomous vehicles based entirely on reinforcement learning.

What’s under the hood: The AI powering Wayve’s self-driving system is remarkable for its simplicity. It’s a four layer convolutional neural network (learn about neural networks here) that performs all of its processing on a GPU inside the car. It doesn’t require any cloud connectivity or use pre-loaded maps – Wayve’s vehicles are early-stage level five autonomous.

The checkered flag: There’s a lot of work to be done before Wayve’s AI can drive any car under any circumstances. But the idea that driverless cars will require tens of thousands of dollars worth of extraneous hardware is taking a serious blow in the wake of the company’s amazing deep learning techniques.

According to Wayve, these algorithms are only going to get smarter:

Imagine deploying a fleet of autonomous cars, with a driving algorithm which initially is 95% the quality of a human driver. Such a system would not be wobbly like the randomly initialised model in our demonstration video, but rather would be almost capable of dealing with traffic lights, roundabouts, intersections, etc. After a full day of driving and on-line improvement from human-safety driver take over, perhaps the system would improve to 96%. After a week, 98%. After a month, 99%. After a few months, the system may be super-human, having benefited from the feedback of many different safety drivers.

For more information about Wayve check out its website.

Read next: Sonos files to go public as it amps up its speaker game