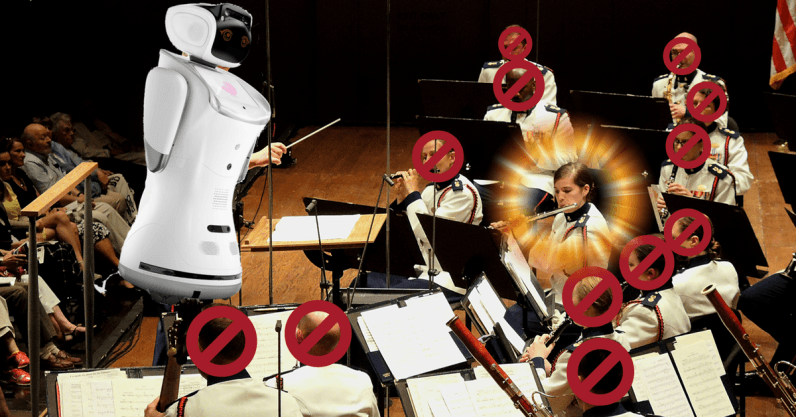 If you’ve ever learnt an instrument, straining to hear what your favorite musician is playing under the din of other players is probably familiar to you.

Luckily for all the budding Hendrixes, Rachmaninoffs, and Harold Bishops (from the Australian soap opera Neighbours) out there, MIT has a solution. The university’s Computer Science and Artificial Intelligence Laboratory (CSAIL) has created an AI system that can analyze a musical performance and isolate the sounds of specific instruments.

Check it in action here:

Named PixelPlayer, it uses something the researchers refer to as “self-supervised” deep learning. In other words, it requires no direct human interaction and, weirdly, the team involved don’t really know exactly what the AI is doing. Yay for the singularity!

What sets PixelPlayer apart from other attempts to isolate sound in this manner though is its use of vision. It locates the literal pixels in the video that are producing sound, hence its name. This allows it to ‘see’ where the sound is originating, letting it split the sounds accurately.

The system was trained on over 60 hours of video and can currently identify more than 20 common instruments. The researchers believe that if it’s given the chance to analyze more data, this number can increase. Although, they did raise doubts about its ability to separate similar sounding instruments, such as a violin or viola for example.

“We were surprised that we could actually spatially locate the instruments at the pixel level,” said Hang Zhao, lead author of the paper and a PhD at CSAIL. “Being able to do that opens up a lot of possibilities, like being able to edit the audio of individual instruments by a single click on the video.”

With the technology in its infancy, it has a whole load of potential. Whether it’s changing the mix, levels, or quality of old video recordings, improving how robots understand sound, or just letting people get better at their instrument, I’m excited to see where PixelPlayer goes.