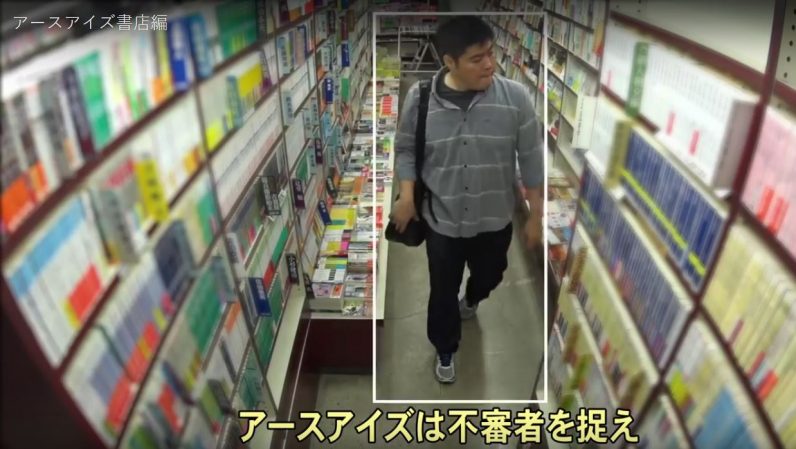 By teaching AI the behavioral attributes of a shoplifter, Japan’s telecom giant NTT East and tech company Earth Eyes have created AI Guardman, a smart security camera that can catch thieves in the act.

The camera uses an open-source technology developed by Carnegie Mellon University to read shoppers’ body language. The technology stands out in its ability to read cues from several people in a social environment simultaneously, right down to the pose they make with their fingers. And as researchers at CMU wanted the innovation to be more than just a project, they open sourced the technology on GitHub last year.

Since then, multiple research groups and commercial labs have made use of the idea. Applying this technology, AI Guardman identifies common body language cues exhibited by people right before they shoplift, like looking for camera blind spots or anxiously looking around. Once it detects suspicious activity, the camera alerts the store personnel with a message including the image and location of the suspect.

Soranews24 reports that in the preliminary tests underway to test the technology, one store in Japan noted a drop in annual losses due to shoplifting from $32,000 to $18,000. Currently, the device can scan a radius of 144 degrees up to a range of X meters (not feet), and is priced at $2,200; there’s an additional cost of $41 per month for handling data in the cloud.

As the technology gains traction, AI-powered cameras will become better at detecting nuances of humans’ non-verbal communication. This could then help improve the smart camera applications for numerous other fields like gaming, sports etc. The technology can also find applications in rehabilitating people afflicted with mental illnesses. These cameras could even help self-driving cars detect early warning signs from pedestrians based on their body language.

So if you’re keen on a career in shoplifting, you’ll want to train in the art of deceiving security cameras that have more than just their eye on you.

Read next: Screw Mario Kart, our homemade version is much better