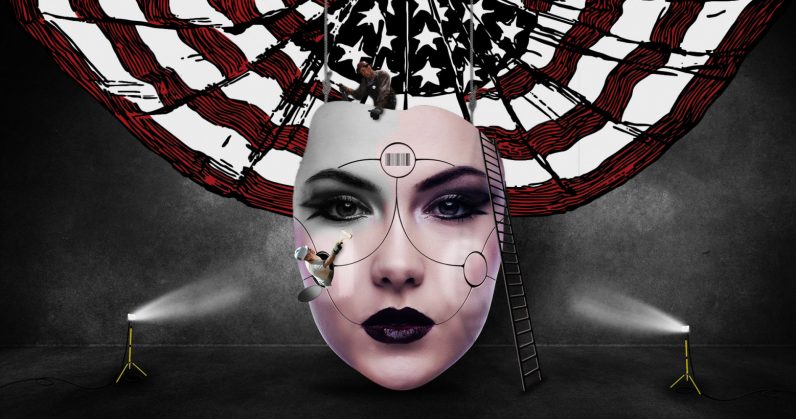 Hold the narrative about self-aware artificial intelligence wiping out the human race, at least for now. We’ve got more pressing issues.

According to a study published last week, the United States is quickly falling behind other developed nations in preparing workers for a future driven by AI and automation. The Automation Readiness Index looks at 25 advanced economies to determine which is making the greatest strides in preparing their workforce for an automated future.

ABB Group praised three countries leading the pack — South Korea, Germany, and Singapore — while noting even the leaders in this space weren’t quite ready for what’s to come.

Rounding out the top five were Japan (4) and Canada (5). The US made the top 10, but just barely. If you squint, you’ll see it nestled snuggly between the UK (8) and Australia (9).

You can point the finger in a lot of directions for the low ranking, but two factors stand out: a lack of progress in developing curricula meant to serve tomorrow’s workforce and our sluggish (and uninspired) regulatory environment.

Leaders in the space have adapted their education models to teach in-demand skills starting during impressionable primary school years. South Korea, Singapore, and Japan are just three of numerous countries who have prioritized STEM in early education, and adapted the curriculum to teach everything from computer science to robotics before most US students learn Algebra or how to type.

China, which is not a leader in this space (14th in education), is even experimenting with curricula meant to prioritize creativity and experience over memorization and standardized testing.

But that’s the easy part. Adapting early education and easing children into additional STEM courses is straightforward. Erasing centuries-old conventions that college is the sole path to career stability, unfortunately, is not.

“Not everyone needs a four-year college degree,” says Susan Lund, a labor economist at McKinsey, a global consulting firm. “We could do a lot to build more career pathways. Even just skill-credentialing to enable people to get a basic, entry-level job.”

Germany bucked the trend by offering programs meant to teach in-demand tech skills outside of a classroom environment, and in a fraction of the time. While a majority of US students study dated curriculum that often prioritizes theory and memorization over practical skills, recent graduates in Germany are working in their field, as apprentices, right out of high school.

This is a stark contrast to the US, which enrolls just 5 percent of high school graduates in similar programs.

We can’t stop there, either. “The major difference with the past is that today’s automation technologies are highly intelligent and able to learn,” says Lorenzo Fioramonti, professor of political economy at the University of Pretoria in South Africa. Simply put, tomorrow’s workforce is going to have to learn right along with it, throughout their entire career.

Singapore has a novel idea to address this. Government officials are experimenting with “individual learning accounts,” an incentive program that eats some or all of the costs to incentivize the country’s workers to undergo further training as their careers progress.

Germany is looking at a similar scheme.

That leaves regulation. And here, there’s no clear-cut answer other than prioritizing AI and automation in some of the same ways South Korea, Estonia, and even Russia have.

Artificial intelligence is the future, not only for Russia but for all humankind. It comes with colossal opportunities, but also threats are difficult to predict. Whoever becomes the leader in this sphere will become the ruler of the world.

For now, it seems as if the US is content to allow others to take the lead.

Learn more about the future of artificial intelligence and automation by checking out the Machine Learners track at TNW Conference in Amsterdam this May.

The Automation Readiness Index on The Economist | ABB