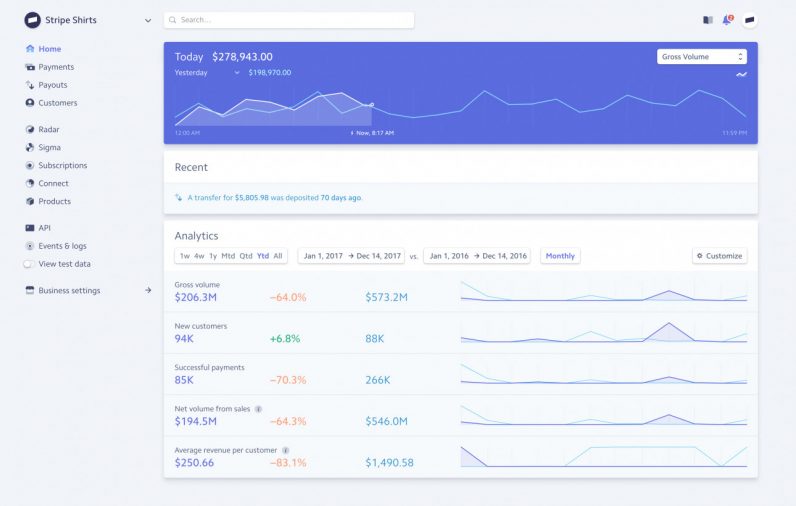 I’m loath to use the term, but Stripe is a revolutionary product. It allows pretty much anyone to accept card payments just by adding a few lines of code to their site, without having to deal with the hassle of compliance and security.

As you might expect, Stripe has gotten really good at identifying legitimate transactions from ones that aren’t exactly kosher. Now, it’s bundled its experience into a new product it’s calling Radar 2.0, which allows large businesses to take their fraud protections into their own hands.

A component of Radar 2.0, called Radar for Fraud Teams, is aimed at large enterprises. Overall, Stripe reckons this can help businesses reduce fraud by an additional 25 percent. This is huge, especially when you consider the cost of card fraud is overwhelmingly borne by businesses, who have to deal with lost inventory and the steep cost of chargebacks.

Radar for Fraud Teams lets companies take a closer look at the transactions they’ve received. So, for example, they can identify where a card was issued, and where a payment took place. They can then use this data to create rules, like “block all transactions above $1,000 when the IP country does not match the card’s country.”

Overall, it offers a more granular approach to fraud prevention. Fraud teams can set thresholds where they’ll automatically block payments, create lists of attributes that should be blocked (like IP addresses or emails), and can see how well they’re performing.

The core technology at the heart of Radar for Fraud Teams has also seen a major update. Over time, the company has figured out hundreds of tell-tale signs that allow it to identify fraudulent transactions.

For example, by analysing the round-trip time between Stripe and the end-user, the machine learning tool is able to identify if the user is routing their connection through a VPN or proxy server. While there are legitimate reasons why someone may do this, it could also be indicative of someone deliberately trying to obfuscate their identity.

In a statement, Michael Manapat, Engineering Manager for Radar and Machine Learning for Stripe, talked about the new machine learning improvements at the heart of Radar 2.0:

“Stripe’s machine learning models are now trained on hundreds of billions of individual data points drawn from the Stripe network. We’ve used these data points to update our fraud models, helping businesses on Stripe more accurately identify fraudsters and reduce fraud rates by up to 25% while still keeping payment acceptance rates high. With Radar for Fraud Teams, we’re launching tooling for teams fighting fraud, particularly those of our larger users, giving them the granular controls to more effectively and efficiently manage fraud.”

With millions of users around the world and $450 million in funding, Stripe is a hugely successful product. A consequence of this success is that it has to be prepared to deal with the less savory aspects of e-commerce. Indeed, according to the company, it identified $4 billion in attempted fraud last year.

It’s therefore comforting to know that it’s placing such an emphasis on its fraud detection tools. If you’re curious, you can learn more about Radar for Fraud Teams here.